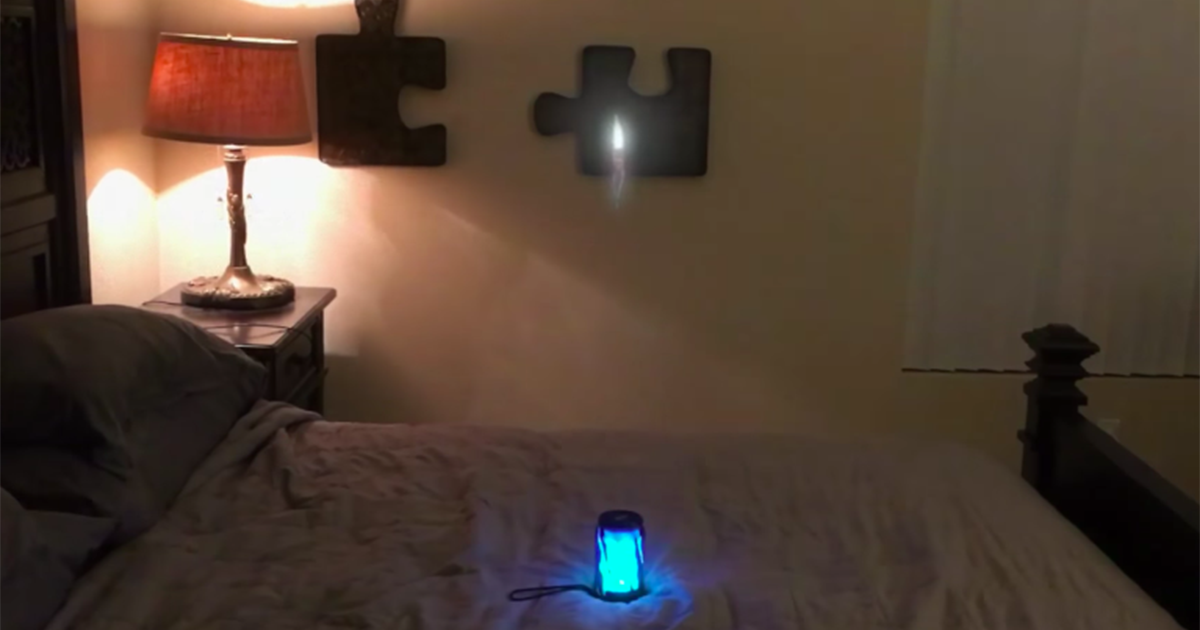 
A man has gone ‘missing’ after opening a ‘portal of time and space’ in his bedroom.

People claim the male disappeared after releasing a video of him allegedly opening the portal.

YouTuber, FunkyFatHead, showed his 43,000 subscribers how he managed to open the thing by using tone frequencies.

He states, if the speaker can sound at 528 Hertz before dropping to 525, a portal will open to a town called Sedona in Arizona.

A bright light soon appears before completely fanning out into a circle.

If you don’t know where that is, I do.

It is in Sedona and it is a well known vortex phenomenon.

There are several of them and you are witnessing a gateway from this bedroom to another state.


Another YouTuber, The Hidden Underbelly 2.0, said he has not heard from the man since the video was uploaded.

I have written to him several times and not heard anything back.

I’m wondering if FunkyFatHead did that.

Time portals have long been a fascination in the public eye, but there isn’t much in the way of plausibility – except this video, of course.

Our closest bet, according to some, are black holes.

Professor of theoretical physics at Queen Mary University of London, David Berman, said, according to the Daily Star:

The other side of those bridges could be somewhere very distinct and substantially different to our universe.

The problem is we have never seen inside a black hole and we have no means of leaving one.

However, science is full of surprises and one should not rule out the possibility of exotic matter that will one day allow us to cross such a space-time bridge.

Once you are inside, it bends space-time and can – in principle – rejoin somewhere else.

Personally speaking, even if black holes could act as time portals, I think I’d pass judging by how absolutely terrifying the experience would be.

It’d be like, ‘Alright cool. I’m in Ancient Rome. Can I get some help please’.