Reddit user TramStopDan found a handmade wooden box in a dumpster. On the face of things, the box didn’t look very unusual – it had hinges, a handle, and a pair of locks. But that all changed when he opened it and discovered stacks of papers featuring diary entries about flying saucer visits in the late 1960s to 1980, plus a whole bunch of other crazy stuff like drawings of biblical creatures.

That’s pretty odd, but things got odder, and this is why the box was coined “The Box Of Crazy.” He discovered sketches of UFOs and heavenly four-headed entities appearing to be from the Biblical book of Ezekiel, plus creatures with wings, and other drawings that blended the divine and the extraterrestrial. However, the contents of the box didn’t just stop at aliens, because TramStopDan then found some non-patented drawings of train wheels and hand-drawn maps from the late 1930s, which were marked with a pinhole in the center.

When these mind-blowing sketches, writings, and maps were shown on Reddit, the internet immediately started asking questions: why were they placed in a box and shoved in a dumpster; did their artist witness another dimension; are they the ramblings and rantings of a crackpot; why has TramStopDan created just this post since signing up; were they just a hoax to get people talking?

The answers are inconclusive, but one thing is for sure – the Internet sure seems to like what the “Box Of Crazy” had in store for it. Let us know what you think about its contents in the comments below. (h/t: demilked)

‘This is the Box of Crazy. Roughly 29″ by 38″ on the exterior. It smells of basements and dampness’ 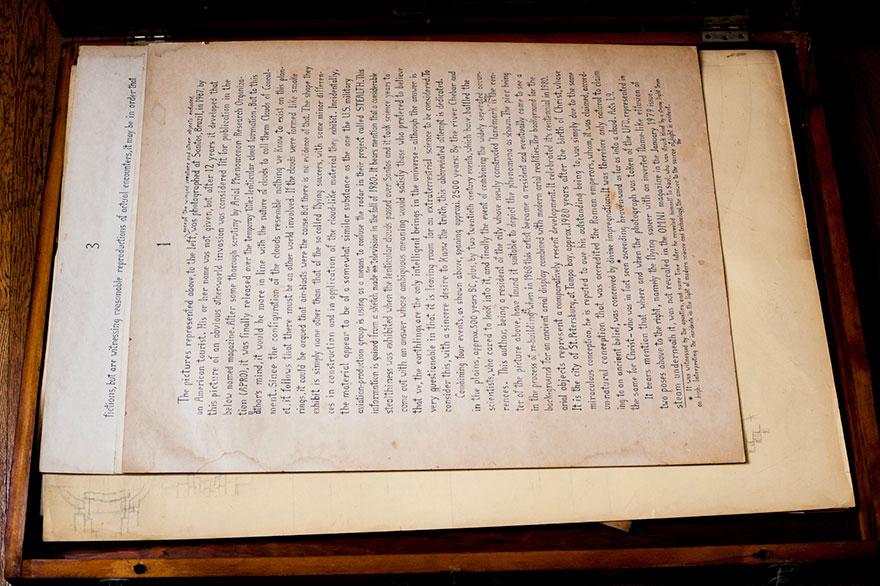 ‘Text on a poster (with corrections). I feel that I should comment on the content, but I really don’t know what to say about this’ 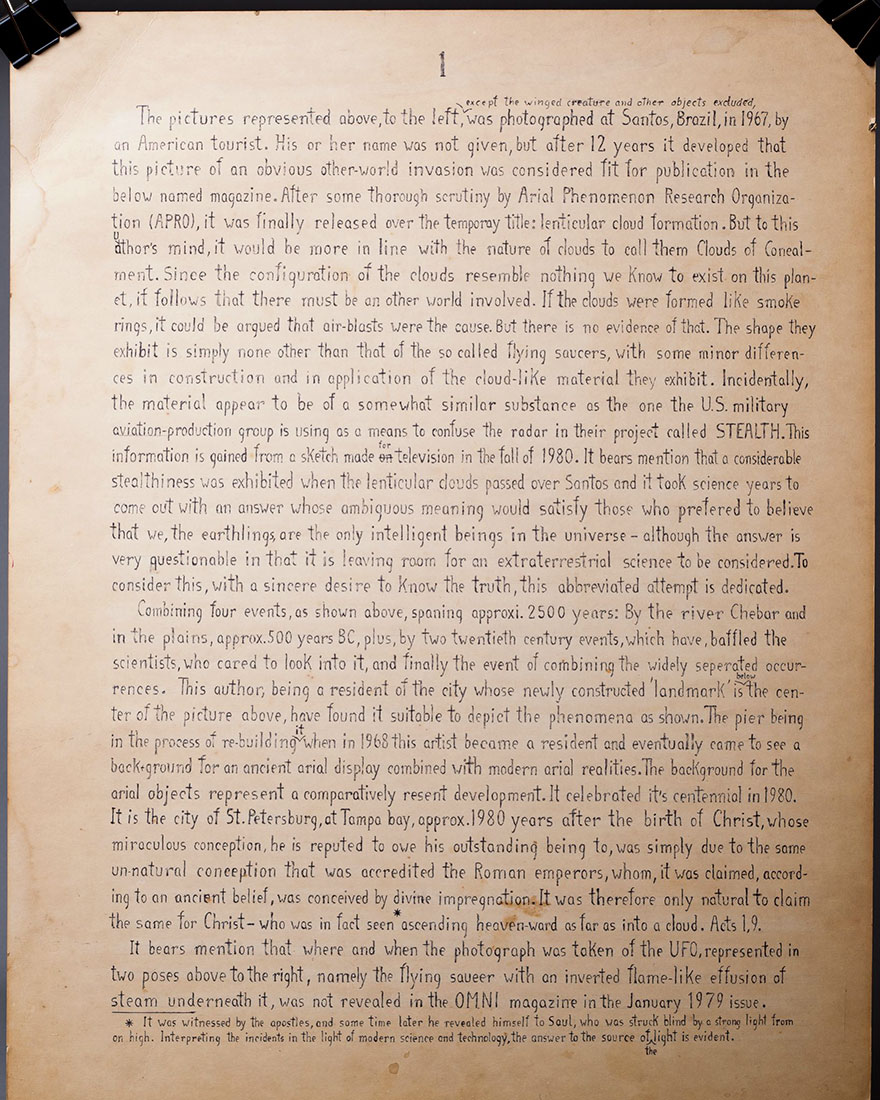 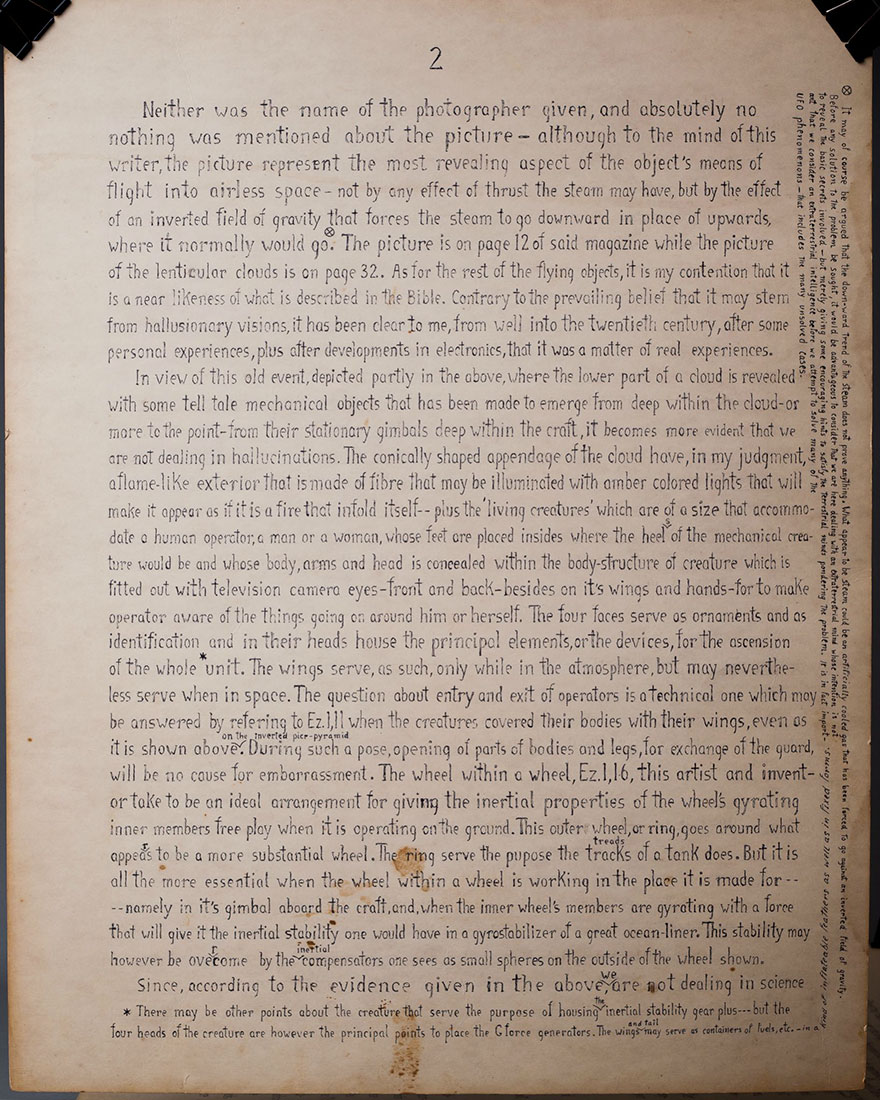 ‘Nicely lettered and drawn’ periodic classification of the elements 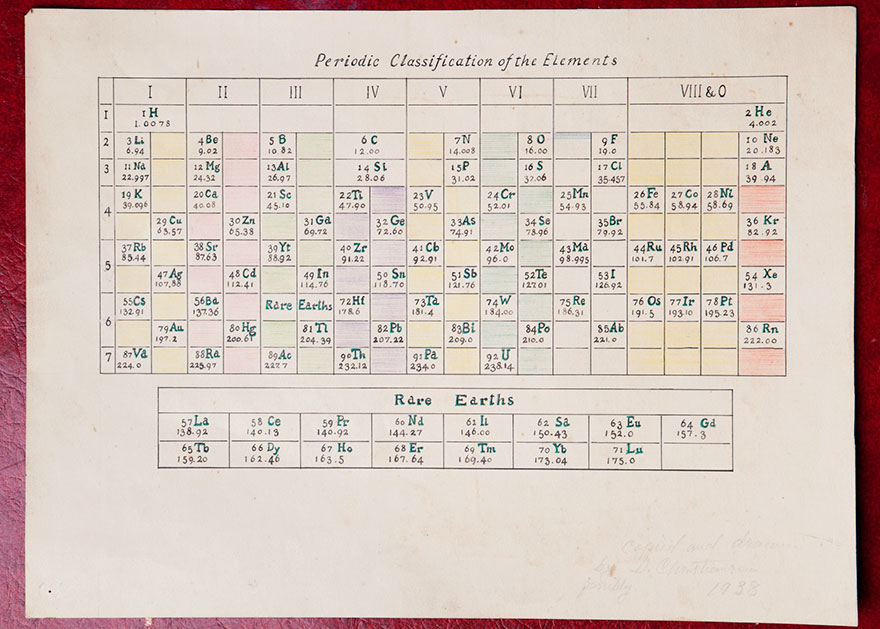 ‘Technical Drawings: This is by far the most interesting piece for my tastes. It looks like a patent application, quite large and very detailed’ 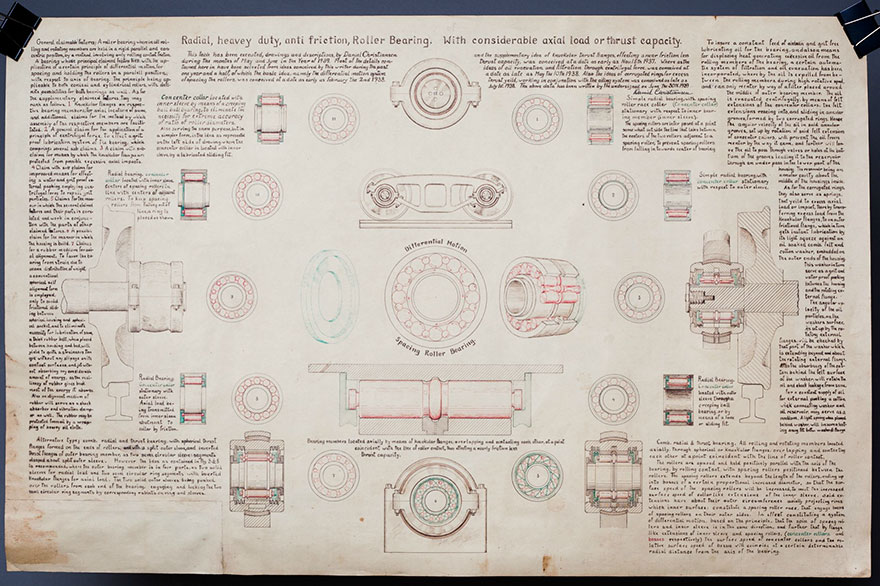 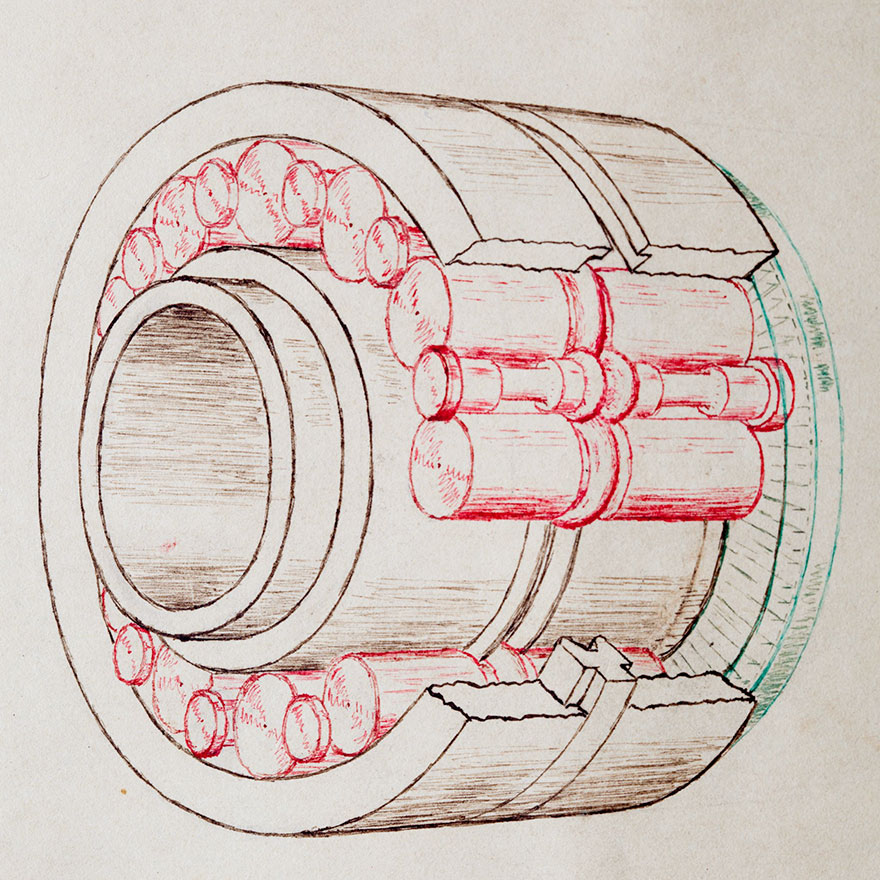 ‘The other technical drawing. Still not crazy.’ 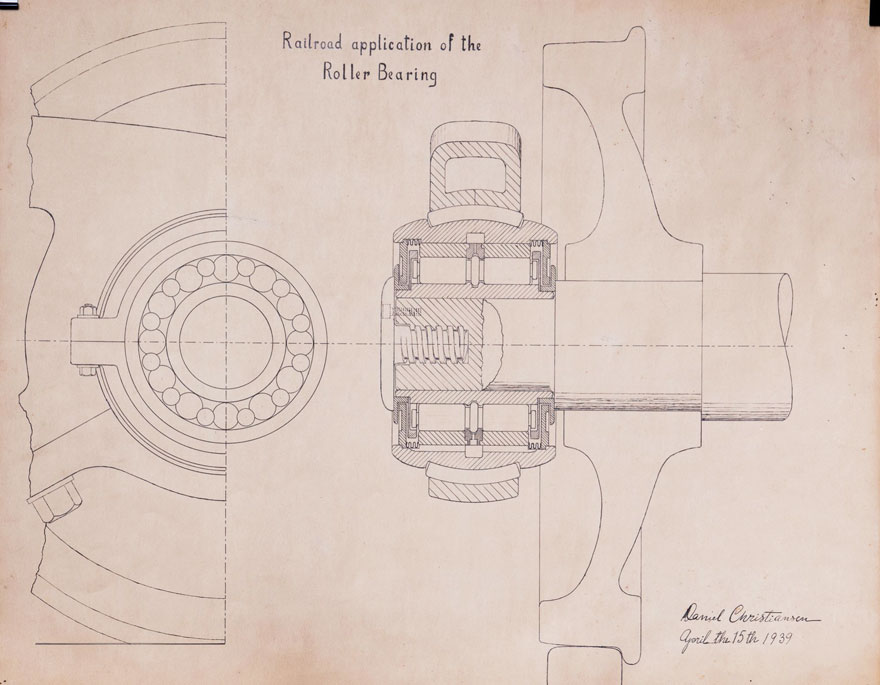 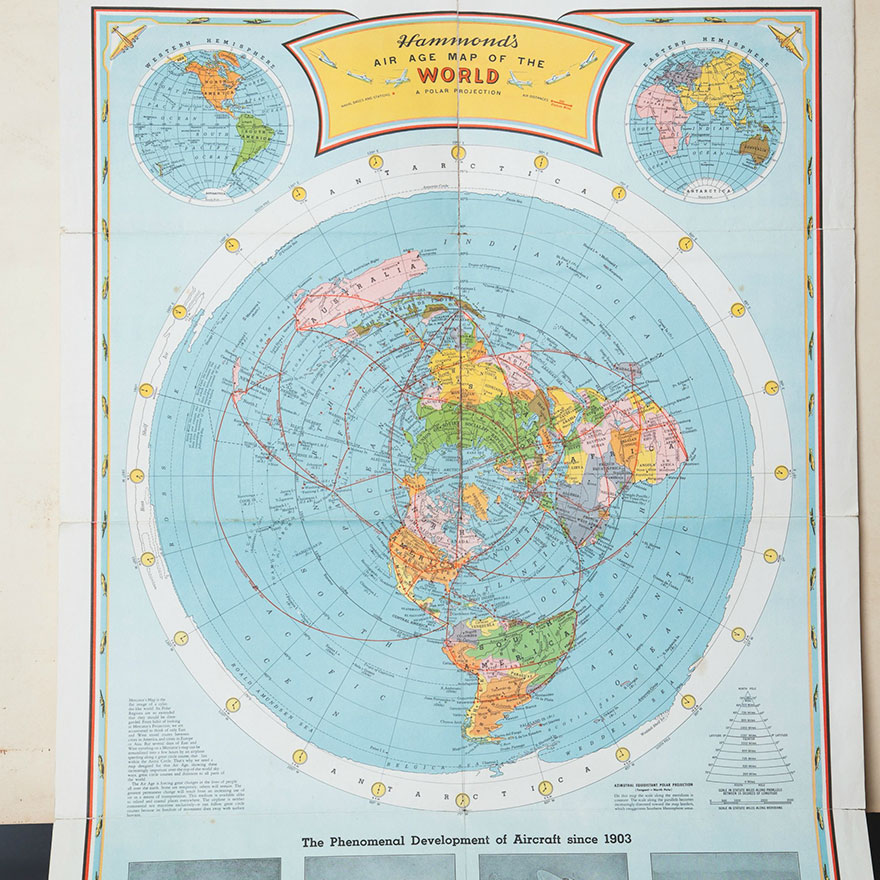 ‘They all have a hole in the middle, perhaps to be overlaid on something else.’ 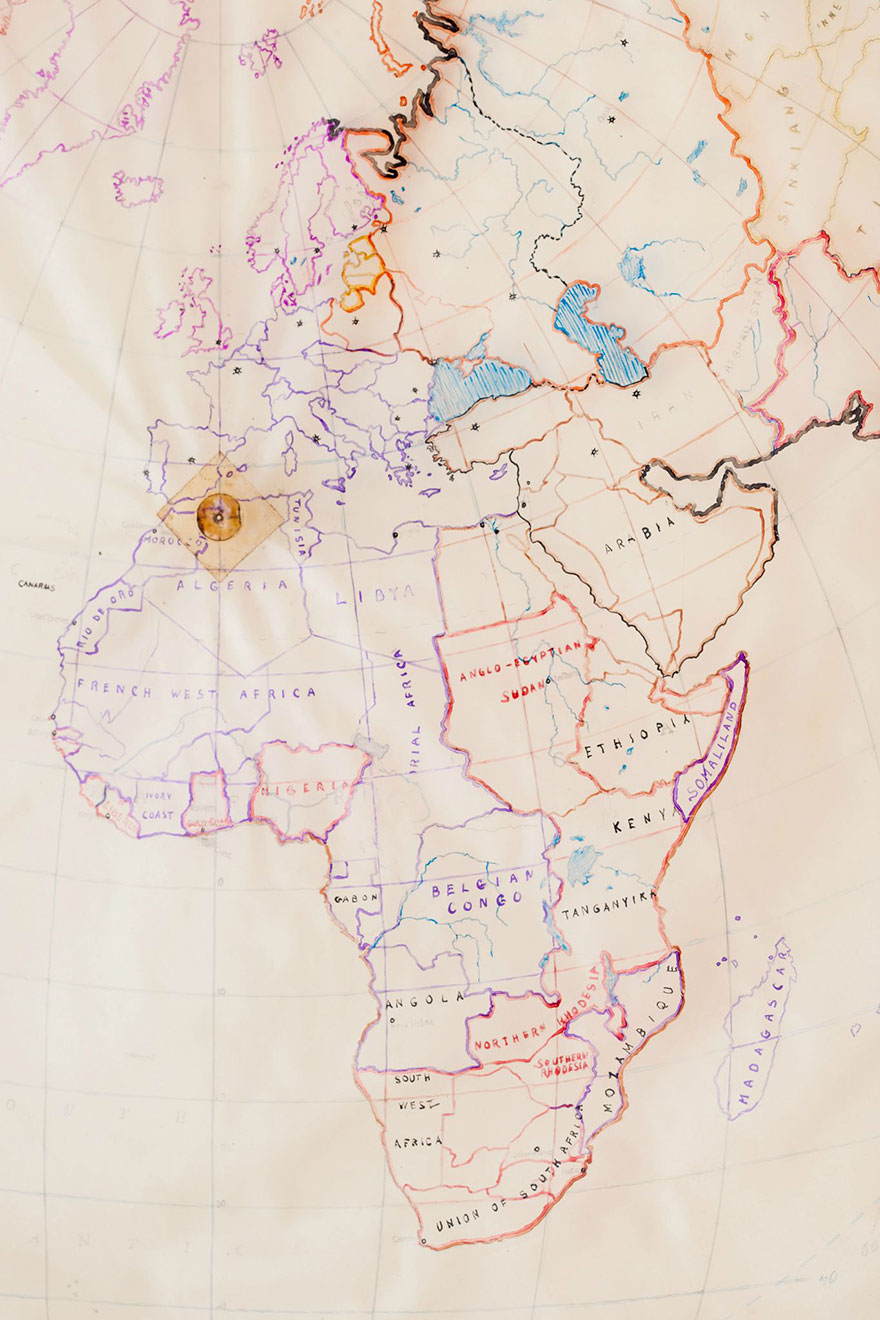