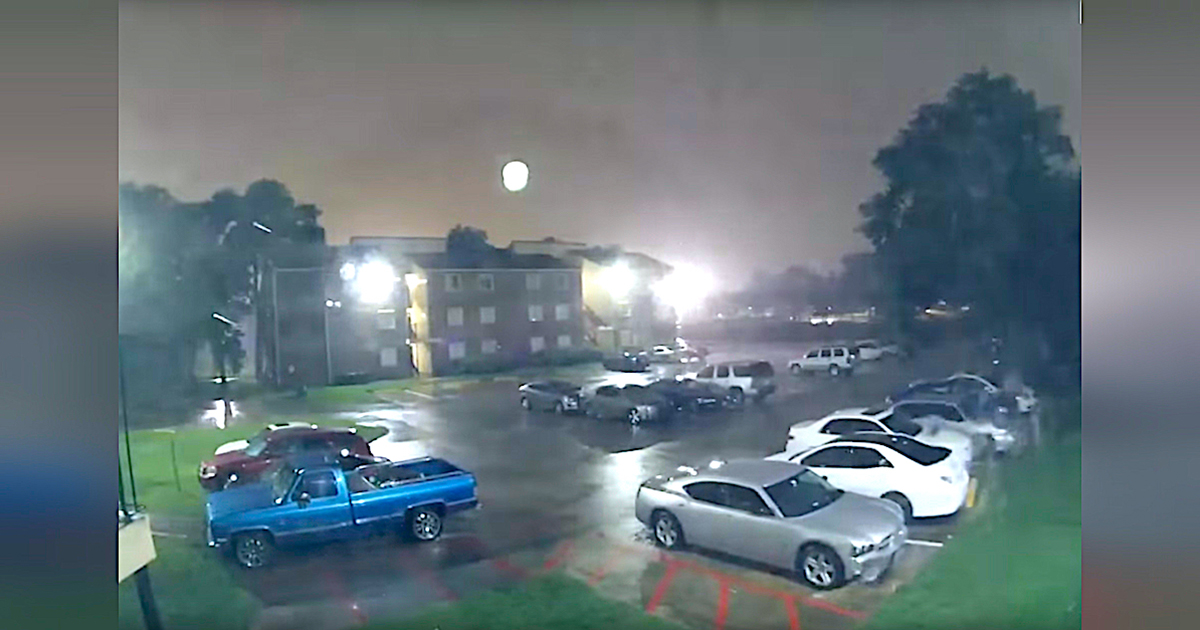 When it’s all said and done, Hurricane Harvey will go down as one of the most devastating natural disasters to ever hit the state of Texas. In the course of one short weekend, the powerful storm raged throughout the state, especially in Houston, which received the brunt of the hurricane. Exavier Blanchard, a resident of the Greenspoint neighborhood of Houston, witnessed the storm firsthand.

He set up his camera at 9:30 p.m., just as the hurricane approached his neighborhood.

Exavier effectively caught the calm before the storm, and through the power of time lapse, he filmed footage of the storm raging on throughout the night into noon the next day.

The scene he captured is utterly shocking. Many of us have already seen the damage and destruction that Hurricane Harvey wrought upon Texas: people and animals displaced from their homes, and incredible rescue efforts being carried out in the process.

But what many haven’t seen is how the storm grew in its potency as time went on.

Exavier was able to film that in raw detail. At the start of the footage, he showed the parking lot and surrounding buildings in his neighborhood.

Slowly, you can just make out the clouds moving in, people fleeing, and the first of many raindrops starting to fall.


Check out the rest of his stunning footage in the video below, and please SHARE it on Facebook!

If you’d like to join the effort to help those in need in Texas, check out nine ways you can help here.