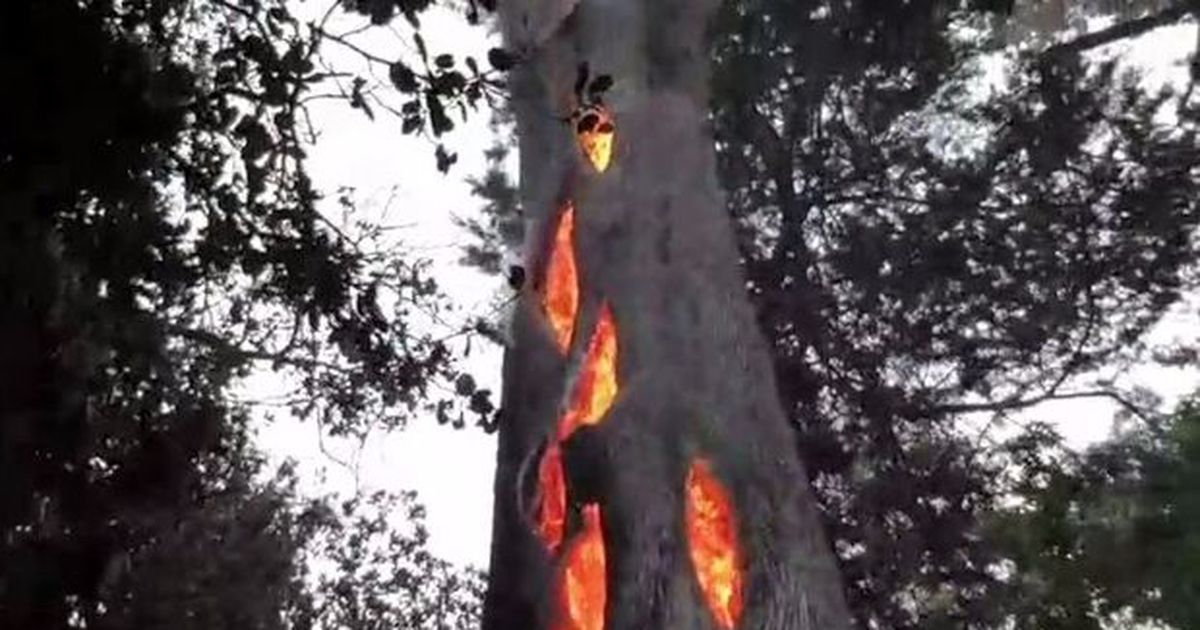 Matthew McDermott of Sonoma, California discovered an odd scene while driving in Schellville, California on Monday. A tree had caught fire thanks to the wildfires ripping through the state, and the tree was burning from the inside out.

“That is the craziest fucking thing I’ve ever seen,” McDermott could be heard saying in the clip. “It’s hollowed out the tree.”

The outside of the tree seems mostly intact, and the fire burning inside can be seen through a series of holes in its trunk. It looks like a portal to hell.

The Tubbs fire that caused the tree to ignite spread across 28,000 acres and destroyed over 500 homes, according to California firefighters. As of Friday, the fire was 25 percent contained.

Others spotted similar occurrences, however, the tree McDermott was a little bit more impressive.