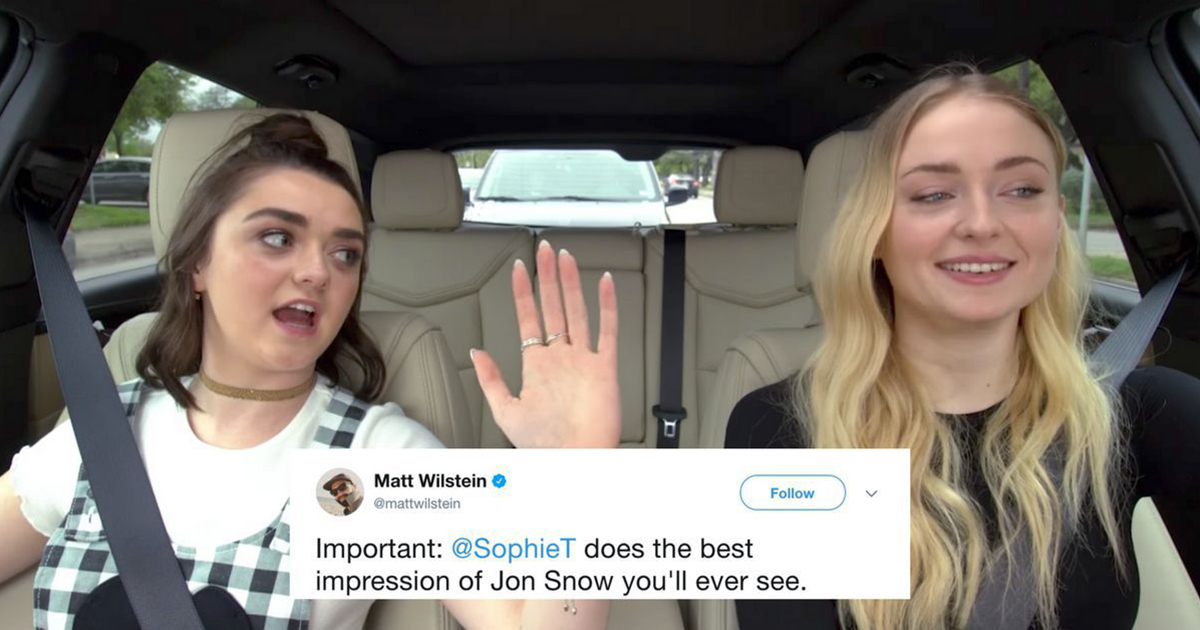 As everyone knows, Sophie Turner and Maisie Williams are best friends in real life, which made for an especially fun installment of Carpool Karaoke from Apple Music.

In a clip from their upcoming episode, Maisie and Sophie show off their dynamite impressions of a few other famous Starks: Ned (Sean Bean) and Jon (Kit Harington) to be precise. Children always do the best imitations of their parents.

They then bust out a typically sulking Jon Snow saying a classic line from Disney’s The Lion King. They nailed Kit Harrington’s smolder.

Your favorite Stark Girls are on 'Carpool Karaoke'! https://t.co/ZOjjMzcSlO

They also spend several minutes trying to get Becky’s attention…to no avail, of course.

Of course, they also belt some tunes:

But many fans will doubtless be tuning in for their impression skills:

The new series, created by late night host James Corden, can be found on Apple Music. It’s the music streaming service’s first series, but they already know the golden rule of watchability: get two good friends having fun on screen, and throw a couple tunes in for good measure.