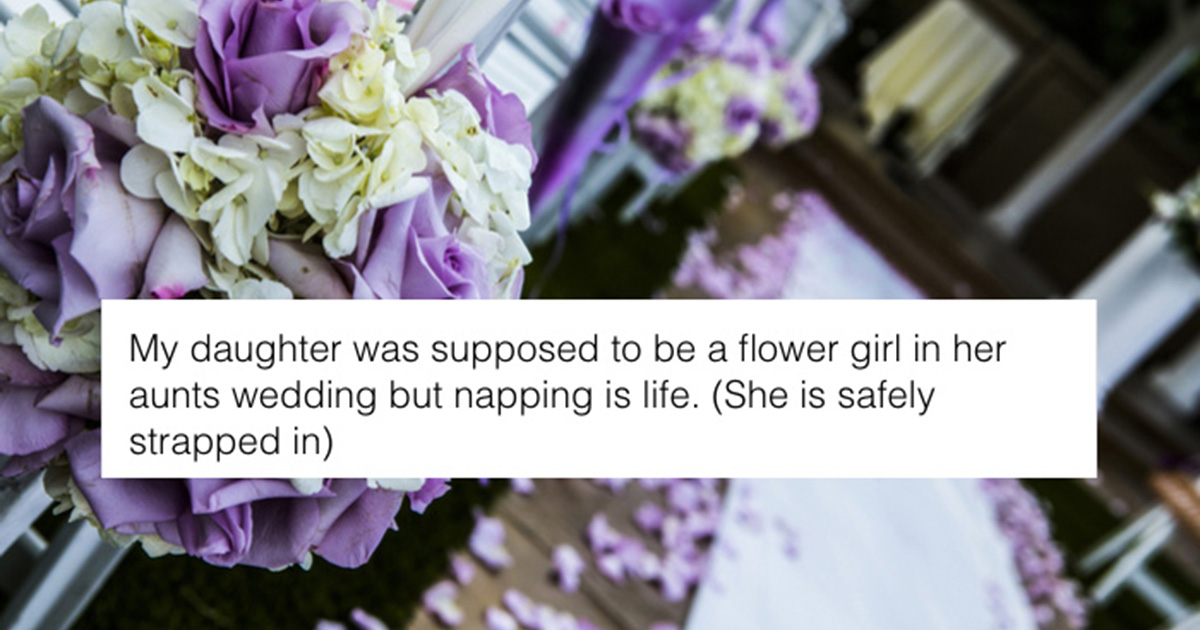 Weddings: they aren’t everyone’s jam. That certainly seems to be the case for six-month-old Rugbie Moring, who found her role as a flower girl in her aunt’s wedding to be nowhere near as interesting as a good, hard nap.

My daughter was supposed to be a flower girl in her aunts wedding but napping is life. (She is safely strapped in) from wedding

Aw, Rugbie! There’s also a video, and trust us, you need to watch the video:

Moring told Yahoo Lifestyle that about 20 minutes before the wedding Rugbie started falling asleep, so he thought he could get her to take “a quick little power nap” before she had to get in the wagon for her trip down the aisle. “Honestly, she is one of the lightest sleeping babies I’ve ever met,” he told Scary Mommy, so he didn’t think he’d have any trouble waking her back up again. Rugbie, however, had found her way to dreamland and had no intentions of leaving: “…When it came time for the wedding, she wouldn’t wake up for nothing. She would open her eyes and look around then pass right back out,” he told Yahoo.


That is a child who has surrendered to sleep. Head back, mouth open, arms dangling, probably drooling…it’s how we wish we could spend about 18 hours of every day.

Rather than try to force awake a six-month-old, which any parent knows is the recipe for screaming and sadness, Moring strapped her into her seat, laid her back with her head supported, and let life be life. “My initial thought was,  oops, I hope they aren’t pissed off at me because I’m the one that put her to sleep,” he said, “but everyone there was like ‘awww.’ Overall it looked pretty freakin’ adorable to me.”