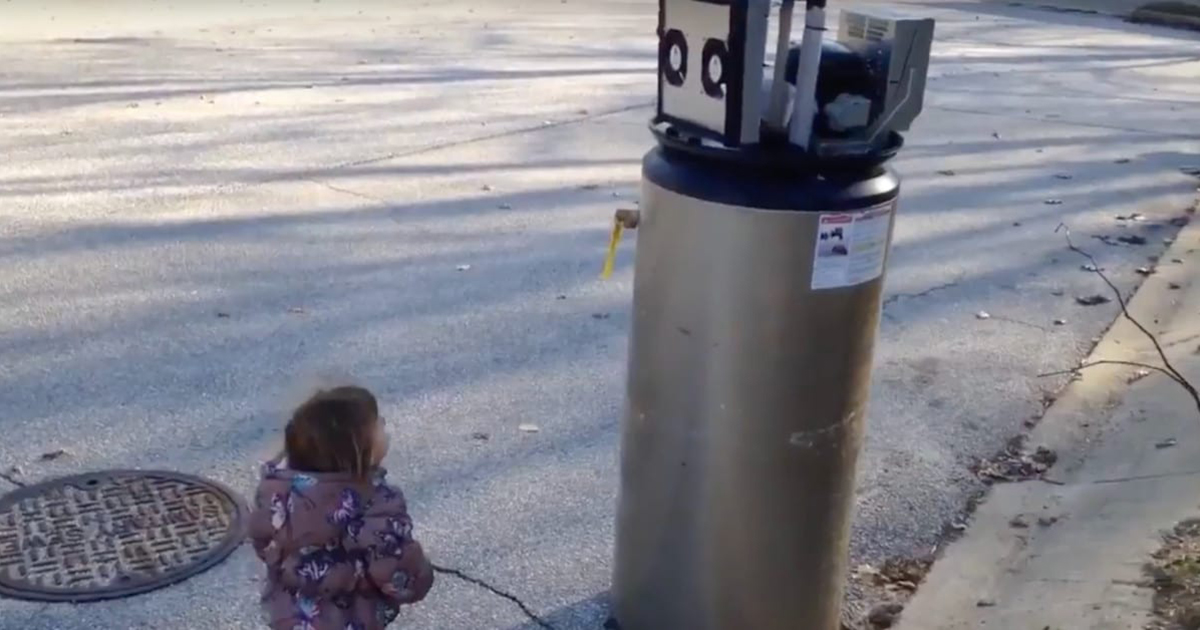 Kids have wild imaginations and some people claim that children can see things that adults can’t. But I think it’s safe to say that when this little girl confused a broken boiler for a real life robot, it was just her imagination running wild.

The cute little girl spots the ‘robot’ down the street and can’t believe her eyes. She runs up to the large metal contraption and begins talking to it, hoping for a response. She waves and says ‘hi’ to the robot numerous times but the ‘robot’ remains stood still ignoring her. This didn’t put off the lovable child though as she carefully steps forward to get a closer look.

Thinking that maybe the robot didn’t see her, she bravely steps right up to it and embraces the ‘robot’ in a friendly hug. While the ‘robot’ doesn’t seem keen to engage in socialising, the little girl doesn’t care and proceeds to wish the ‘robot’ goodbye by sweetly calling, “I love you, robot!”.


With the fast progressions of technology nowadays, people predict that a future world run by robots could become reality. Whilst a lot of people are nervous about that idea, this little girl clearly welcomes it with open arms.

The sweet exchange is so funny, and it will leave you in adoration for the tiny tyke. Her imagination is wonderful, and to be fair, the broken boiler does look like it could be a robot. Maybe she could just see something that our adult eyes can’t…

If you thought this video was as adorable as we did, please leave your thoughts in the comments below.