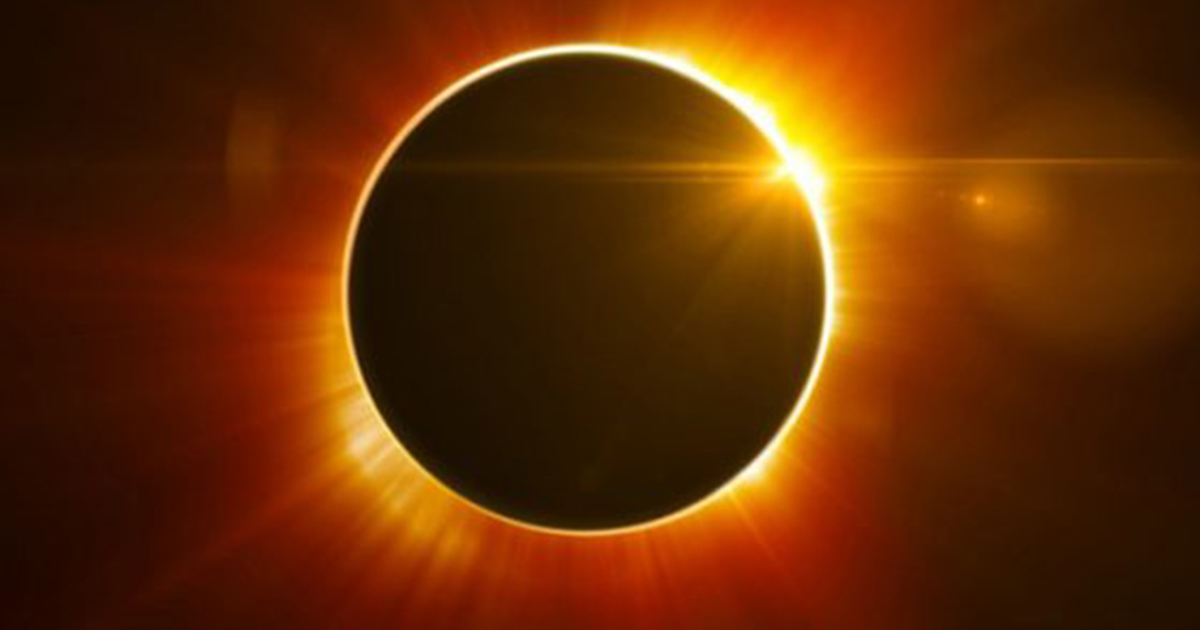 The total solar eclipse on August 21 will be visible along a narrow “path of totality” that runs from Oregon to South Carolina.  With it being only a week away, here are some last minute tips, and things to keep in mind when viewing the eclipse.

Tens of millions of people are expected to travel into the “path of totality” to view the event at its fullest.  If you’re lucky enough to live in the path, you’ll get to see the eclipse in its totality from your yard. But you’ll have to deal with a massive influx of tourists who will flock to your area to see the eclipse too.  Angela Speck, co-chair of the American Astronomical Society’s Solar Eclipse Task Force and the director of astronomy at the University of Missouri, for some last-minute advice.

“We’ve only just got to the point where people are starting to believe [the eclipse] is going to be as big as it is,” Speck said. “I’ve been telling people for three years that it’s going to be ludicrously busy. And a lot of people [were] like, ‘Oh, you’re exaggerating!’ And now they’re just getting to the point where they’re like, ‘Oh [shoot], we’re not ready for this!’ And so my job is to reassure them that there’s still time for them to figure stuff out.”

If you live in the “path of totality,” Speck recommends you prepare as if there were a major storm headed your way. Fill up your gas tank, do your grocery shopping a few days early, have some emergency supplies on hand (like bottled water and batteries), and try not to travel if you don’t have to. Tourists will be overwhelming the roads and restaurants, as well as other services. For those traveling into the path for a better view, Speck said it may take three to four times longer to travel certain distances.  Make sure you budget extra travel time and fill up on gas when you can; carry supplies in your car like water, food, and other necessities; and pack things to entertain everyone during the long trip. You might even want to pack a few blankets and pillows in case you’re forced to sleep in your vehicle, Speck said.

Bring paper maps or copies of directions to your destination, because cell phone networks are likely to be overwhelmed and you might not be able to use your GPS. Finally, Speck said people should remain calm and stay flexible. Traffic and other travel problems might mean you’re forced to view the eclipse from a different location than the one you originally planned.


You should also be careful when selecting eyewear to view the eclipse.  Not all glasses are created equal in protecting the eyes. If you don’t want to burn your retinas, follow this simple guide to making sure you get the right eyewear. 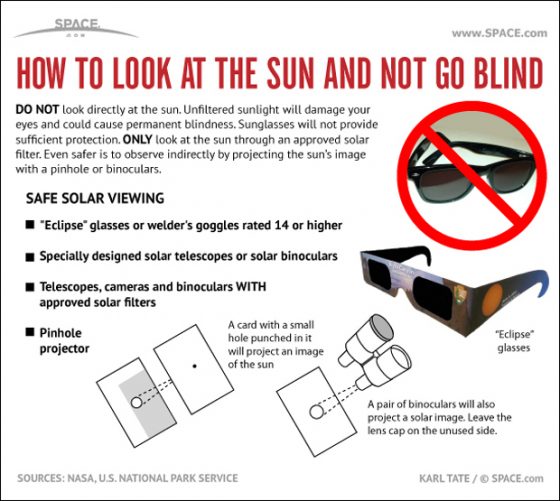 Reports have recently surfaced of consumers unknowingly purchasing unsafe or counterfeit solar viewing glasses. If you have already purchased eclipse glasses, there are ways to test whether your glasses are safe to use. If you haven’t purchased eclipse viewers yet, be sure to purchase a pair from one of the manufacturers or vendors that have been approved by the American Astronomical Society. If you’re looking to buy eclipse glasses online, try to buy directly from one of the approved vendors.

The path of totality is a vital spot to be if you want to experience full night and seeing the stars during the day.  “Once you’re in totality … it’s going to go dark really fast,” Speck said. “It goes from an early twilight color to almost full-moon dark really quickly, like in a second. There’s going to be what looks like a hole in the sky where the moon is,” she continued. “Around that, you’re going to see these streamers of white light. That’s the corona, or atmosphere of the sun. And that’s always there. We just don’t get to see it, except when the sun is eclipsed. You’re also going to get to see stars, planets … there’ll be Venus, Mars, Mercury, and Jupiter. There’s a whole bunch of things to see up there.”

Phys.org also put out a helpful guide for the photographers out there too.  If you plan to take photos of the solar eclipse, here’s what you should know.

View the eclipse safely, and keep in mind others want to enjoy the experience as well.