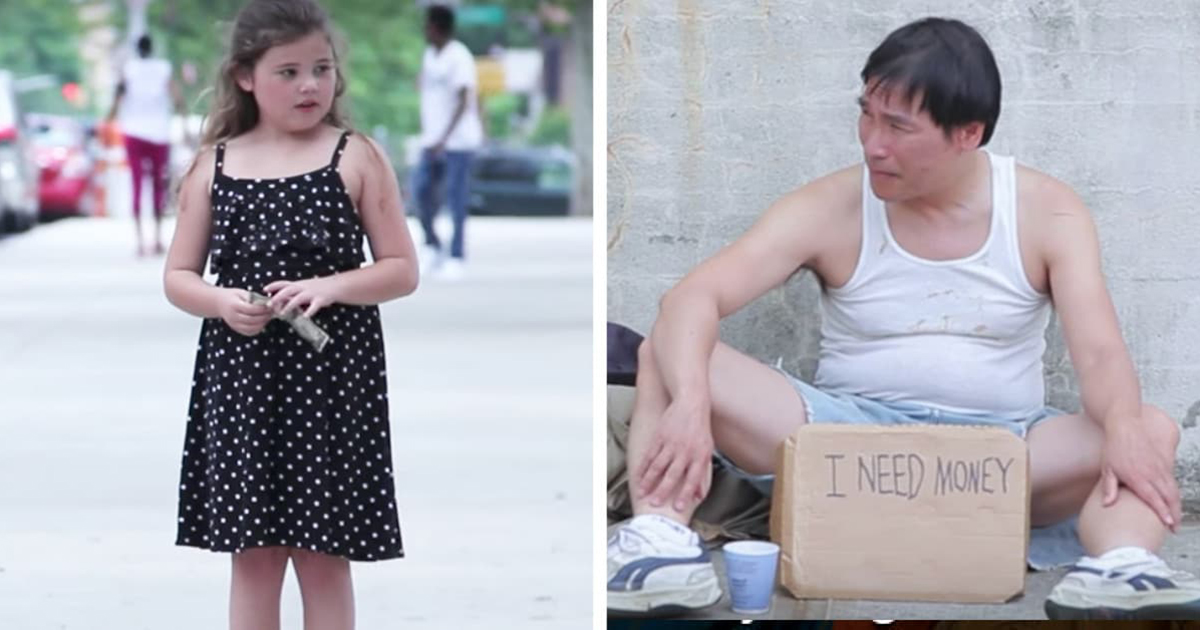 We could all learn something from the purity of children’s actions and that couldn’t be proven more than in this social experiment.

When raising a child, we hope that they will grow up to be a model citizen, but most importantly, a good person. So when parents volunteered their children to take part in this social experiment, they hoped that their children would pass with flying colours!

The premise of the experiment was that the children were given a dollar to buy an ice-cream with. However, sitting nearby to the ice-cream truck was an actor pretending to be a homeless man.

The results of the social experiment are heartwarming and the children all give their dollar bills to the homeless man sat near by. Except for one little girl!

After assessing the choice presented in front of her, she promptly marches over to the ice cream van. Her father watches in disappointment as she purchases an ice cream cone. However, upon receiving the ice-cream in her hand, the little girl walks straight over to the homeless man and gives him her cone.


Her father couldn’t be more delighted as he embraces her and swells with pride from his daughter’s kind act.

There is a lot we could learn from the generosity of children. It would be interesting to see if adults would make the same choice if put in the same situation. Maybe if we all reflected on what our inner-child would do in situations then the world would be a kinder place.

If you smiled as much at this video as we did then please let us know your thoughts in the comments below.