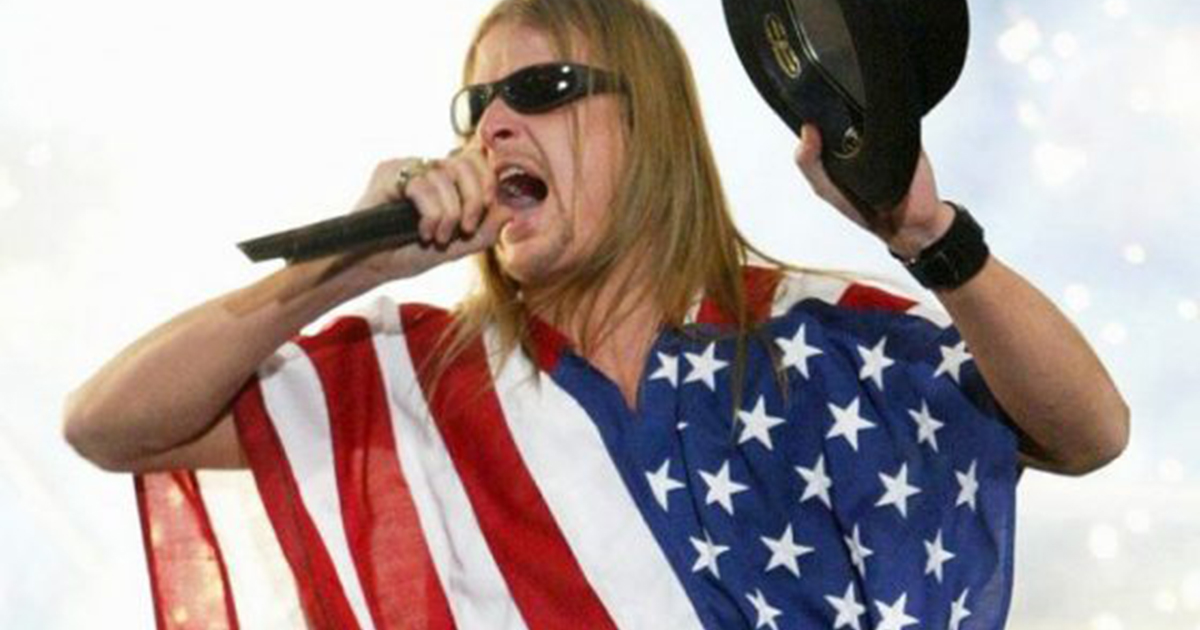 Kid Rock has decided to end all of the speculations about his potential run for the Senate. Using language befitting the musician, Kid Rock said: “F**k no, I’m not running for Senate.”

The performer, whose real name is Robert Ritchie, had flirted for months with a possible Republican bid against Michigan Sen. Debbie Stabenow, hawking “Kid Rock for U.S. Senate” T-shirts and criticizing the Democrat, saying Americans were “sick and tired” of “bullshit” from politicians.

According to The Hill, Kid Rock’s interview on the Howard Stern show Tuesday was telling.  “Are you f—ing kidding me? Who couldn’t figure that out?” the “All Summer Long” singer said on Howard Stern’s SiriusXM radio show on Tuesday. “I’m releasing a new album. I’m going on tour, too. Are you f—ing shitting me?” he asked Stern.

“We start going with it, everyone gets their panties in a bunch,” Ritchie said Tuesday of the chatter. He said he gave some of his team a heads up that an entry into politics wasn’t actually happening. “I have people that work for me, they’re on the in, I’m like, ‘F— no we’re not doing it. But let’s roll with it for a little while. This is awesome.’


Saying he was going to run was, in his own words, “the worst advice that I ever gave myself, but it’s been the most creative thing I’ve ever done, and I’ve gotten to see everyone’s true colors.” Rock, who is 46 years old, was proud that he had gotten endorsements from the White House, former Trump whisperer Steve Bannon, former New York Governor George Pataki, as well as the support from fans “all over the world” for his fake run. He especially got a laugh out the fact that some of the people in his own inner circle bought the gag that he was going to take on Democrat Debbie Stabenow.

Stabenow’s reelection campaign had fundraised off a potential matchup against the entertainer, saying in an email to supporters last month that if Ritchie ran “he might actually win the Republican primary.” Stabenow’s office declined requests for comment about Ritchie.

But after saying he wouldn’t run for office, Ritchie later told Stern he was leaving the door open to a Senate bid if the “left wing keeps f–king” with him.