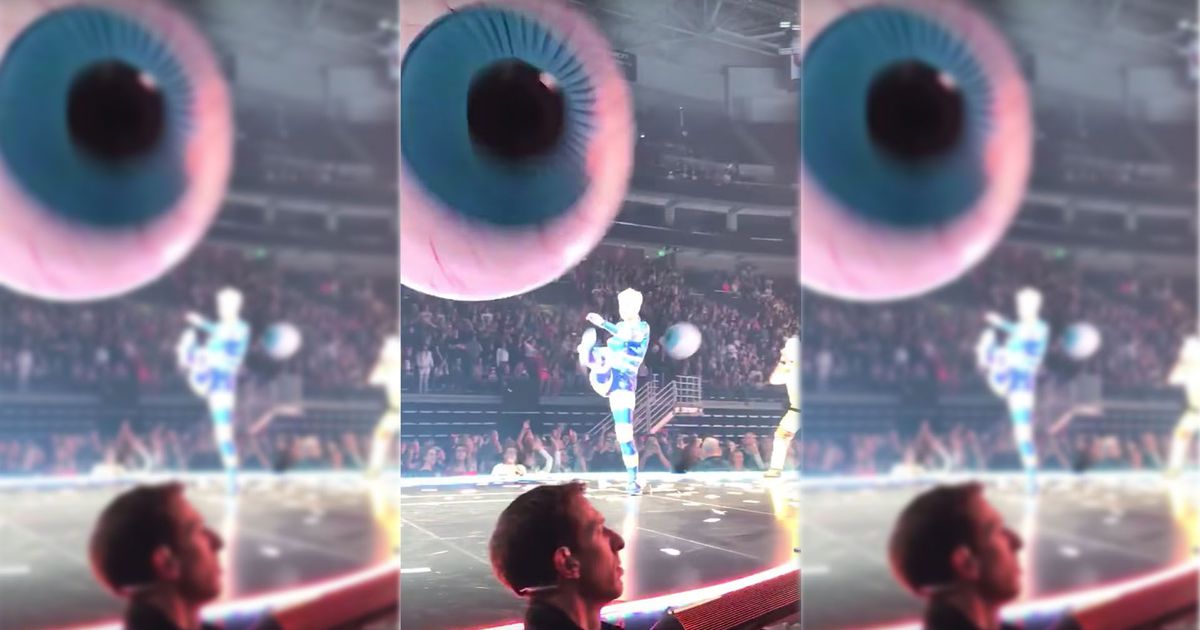 Accomplished singer and performer Katy Perry has a backup career as a soccer player if this whole music thing doesn’t work out.

Perry was performing her hit song “Roar” at a concert in Salt Lake City, Utah, on Friday when a bunch of beach balls were unleashed onto the stage.

Perry did the natural thing anyone would do when seeing a beach ball, and kicked a few of them. However, one solid kick planted a ball right in the face of a person filming the show. It even knocked their phone out of their hands.

“The ball hit me right square in the face and knocked my phone out of my hands. I was so shocked and started laughing hysterically,” the person wrote.