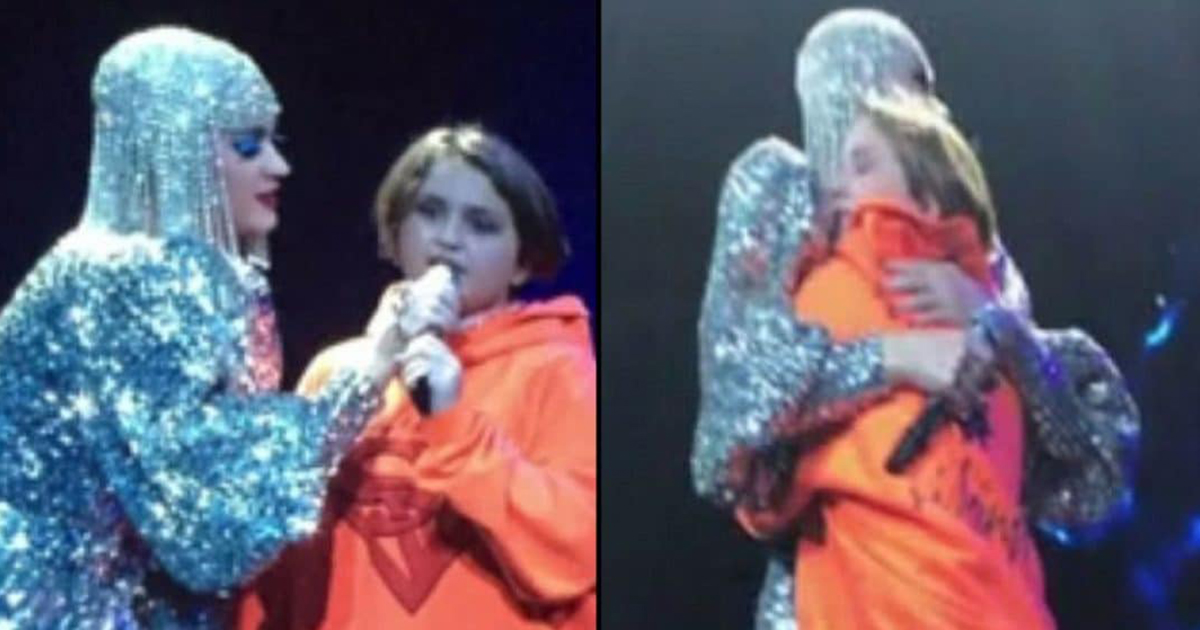 Pop star Katy Perry has caused quite a bit of controversy in her day, but after what she did during a recent concert, there’s no denying she has a tender heart for those who are hurting.

During the concert, Perry felt compelled to bring a young girl from the audience up on the stage with her. She told 12-year-old Zoe to join her, then asked the sixth-grader one simple question:

The pre-teen could have wished for anything – a chance to sing with Perry or go backstage, money or material possessions – but what she wished for instead left the audience stunned.

“I wish for my 17-year-old sister with autism to stop being bullied by the kids at her school,” Zoe said as she held back tears.

Perry immediately pulled Zoe in for a tight hug and began to cry herself.

Zoe described the reaction from the rest of the audience:

“I heard excitement,” she said. “Kind of like an awe, mixed with a gasp and then like confusion.”

Zoe explained why she chose such a poignant wish over anything else in the world she could have asked for:

The rest of the audience may have been there to see Perry, but after her emotional interaction with this young fan, Zoe was the star.

“[I]t could finally stop bullying so kids could be safe, finally,” Zoe said.

What a beautiful thing to wish for and what an incredible moment. We think this brave young girl will go far!

Hopefully, this one moment onstage will turn into a movement. Let’s end bullying once and for all!

Were you touched by Zoe’s selfless wish for her sister as much as we were? If so, share this!