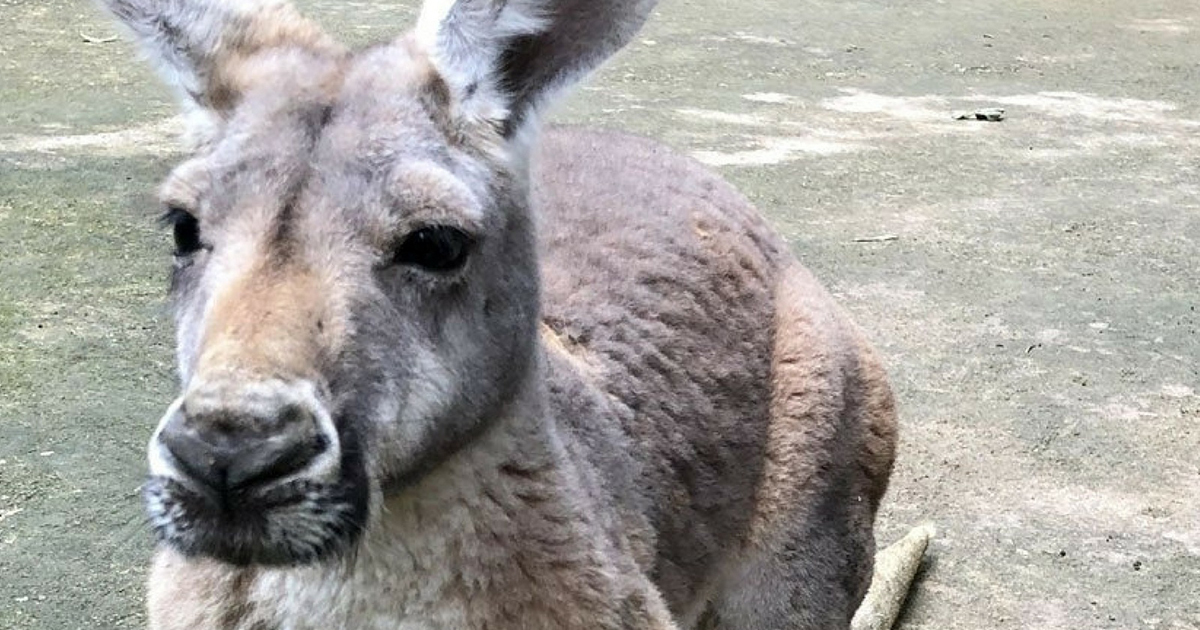 A 12-year-old kangaroo from Fuzhou Zoo in Fujian Province was killed this past March after visitors began hurled “sharp-edged stones” at the animal hoping to “make her jump.”

12-year-old kangaroo at zoo in eastern China died after being stoned by visitors hoping to make it hop https://t.co/HyrP46HQij pic.twitter.com/TSp8PSuuek

Zookeepers later described the situation to the Haixia Metropolis News.

After the female kangaroo had be pelted by “multiple” sharp-edged stones, her injuries left her in “deep pain.” She died several days later of “profuse internal bleeding.” A 5-year-old male who lives in the same enclosure was also pelted with part of a brick earlier that same month. Thankfully, the male was not hurt badly.

Pics of the bricks that visitors hurled at kangaroos at the zoo in Fujian, killing one and injuring another. Zoo staff say visitors often throw objects at animals despite it being ‘prohibited’. pic.twitter.com/KwFCIcfRQ9

The online backlash has been intense, with many calling for visitors who throw stones to be permanently blacklisted from zoos at the very least.

I’m so hurt for this kangaroo why was this allowed to happen !

Sick people who would torture an animal ..💔😥😥😥


The Fuzhou Zoo is looking for funding to install better security cameras.

China as a whole, however, has struggled with a lack of animal welfare laws. One animal rights advocate, Tong Yanfang, commented on China’s lack of legislation to The South China Morning Post :

…we can only try to persuade people using common sense and referring to animal welfare laws in Western countries. For children and many adults who lack judgment, a wrong perception has been built [in China] that animals are there for the entertainment of humans. When they see animals perform in a zoo, they won’t consider how the animals acquired those skills.

For the foreseeable future, the Fuzhou Zoo will display only three kangaroos to “reduce risk to the animals.”

It’s unclear how the number of kangaroos on display will affect their safety when zoo attendants claimed:

Some adult [visitors] see the kangaroos sleeping and then pick up stones to throw at them. Even after we cleared all the stones from the display area, they went elsewhere to find them. It’s abhorrent.

It seems better designed enclosures and government regulation may have to step up where human nature has let these animals down.

For anyone who has ever visited a Chinese zoo, this is (unfortunately) not surprising. There seems to be little understanding of or regard for animal welfare and virtually no oversight of patrons for whom taunting is “normal” acceptable behavior.