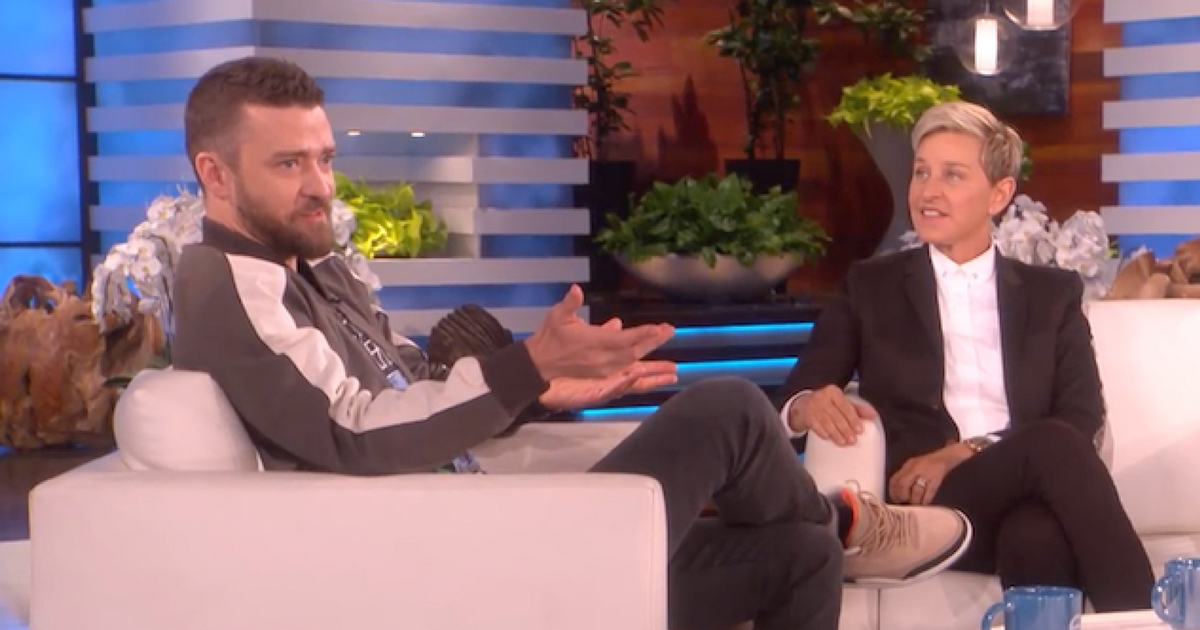 There’s nothing like a good potty anecdote to bring a massive pop superstar down to a humbling and relatable level; It’s called the joys of parenthood.

Take Justin Timberlake’s three-year-old son, Silas, who woke his super cool dad in the wee hours of the morning with a wet pat on the face.

The actor and pop star shared an adorable story about life at home during this week’s The Ellen DeGeneres Show , and we’re gushing over JT being a father.

The singer told Ellen about coming home at around 2 a.m. in the morning after one of his exhausting concert performances and taking a while to wind down for the night.

At 6:45 a.m., Timberlake said he felt Silas’s wet hand planted on his face. He told the audience that his toddler is at a point where he’s able to sneak out of his room into their bedroom and crawls up onto the bed with daddy and mommy – the lovely Jessica Biel.

“It’s very, very sweet,” the singer told the studio audience and added, “And I was very, very tired.”

He’s a big boy now, which he will be happy to tell you. We’re getting really well down the line with the pee-peeing on the potty thing, but at nighttime, we give him a diaper.

Recounting the morning surprise, Timberlake recalled Silas giving him a hug, and the singer instantly became privy to the sensation on his back, “That’s really wet.”


He greeted his son with, “Hey man. Good morning.” Timberlake then addressed the audience amidst their laughter at the adorable episode and said, “Anybody who’s a parent out there knows that it’s like you’ve never been more excited to be peed on.”

He is the best. You should have Justin on now often.

Forever in luv with JT

Other parents related to the pee story.

Im a parent and it's only funny when it happens to your spouse lol like how my daughters always sneezed on only him and usually right in the face. Or when they would spit up on him and he would gag.

Whether it’s the best part of parenting or not is debatable.

Hahahah best part of being a parent.. they either pee on you or poohing on you while changing them hahaha..😊😁