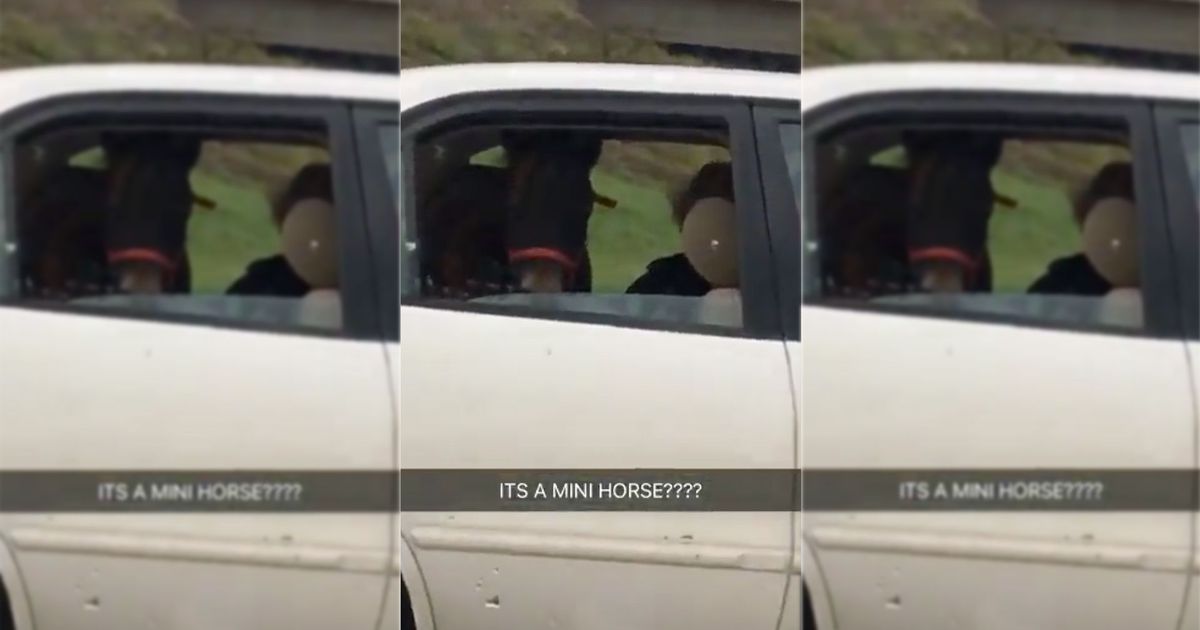 Sometimes, you need to make do with what you’ve got.

Hannah Waskel was driving in Altoona, Iowa, with her friends on Saturday when they pulled up to a red light and spotted something a little off. In the back seat of the compact car next to them, they saw a miniature horse, just chilling.

“This is the most Iowa thing that has EVER happened to me,” she wrote on Twitter.

It’s not clear where the horse was headed, but Waskel says that the people in the car noticed they were laughing at their unusual passenger, so they waved and rolled down the window for the horse.

This is the most Iowa thing that has EVER happened to me pic.twitter.com/H4qjYBJ3bC