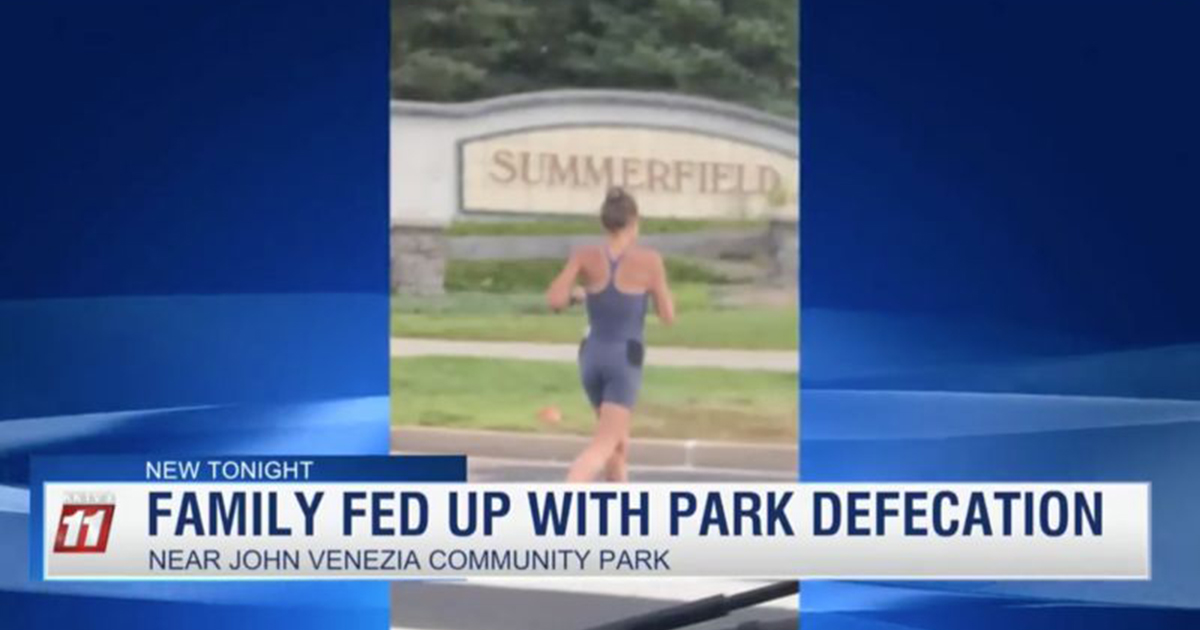 There’s no use trying to skirt around this, so let’s cut straight to the chase: A Colorado Springs woman has been taking big craps in front of someone’s house for a few weeks now. They’re calling her the Mad Pooper and she won’t stop. The cops are involved. It appears to be some sort of revenge pooping. I hope you enjoy this report from local CBS outlet KKTV as much as I did.

The goofy guy who said, “It’s just not a natural thing we do in our society, to drop your trousers and, uh, and relieve yourself right there when you know there’s people around,” really cut to the heart of the thing. We called the Colorado Springs Police Department, who confirmed that this is indeed a real case being handled by the CSPD’s Falcon Division.

Pretty much every quote from this story is magnificent:

“It’s abnormal, it’s not something I’ve seen in my career,” Sgt. Johnathan Sharketti said. “For someone to repeatedly do such a thing … it’s uncharted territory for me.”

“There’s plenty of public restrooms less than a block away from where she’s targeting. This is intentional.”

As the TV report indicated, the woman has also been sighted pooping in a Walgreens and in nearby backyards. The presence of bathrooms close by and her propensity for repeat turds clearly show that she doesn’t care about signs, warnings, completing the rest of her runs with mudbutt, or the stigma of a society enamored with joggers taking drive-by shits in and around their properties. She even brings her own toilet paper. The only questions that remain are mechanical and motivational.

Is she a world-class crapper, who can shit dozens of times a day and therefore needs the variety? Is she motivated by some animal instinct to befoul as much of the city as physiologically possible? Why doesn’t she pick more prominent targets? Is the Colorado Springs PD ready for retaliatory poopings? What did the Budde family do to her? Is this revenge?