On Sunday, a man was dragged off United Airlines Flight 3411 by police while other passengers looked on in horror and disbelief.

A few passengers recorded the incident.

Here’s a video, in case you missed it:

The man, who we now know is Dr. David Dao, was forcibly removed from the plane because United Airlines overbooked the flight…sort of. Four United employees needed to get back to Louisville (which is about a 4 hour drive from Chicago). When none of the passengers voluntarily gave up their seats, United took action.

The video went viral, and oh, the internet responded in a glorious way.

"We'd like to ask for 'volunteers' to leave the flight" #united pic.twitter.com/F3f23bb7rw

Here @united airlines we stay on the cutting edge or as we like to say, the bleeding edge of Airline experience. #united #unitedAIRLINES pic.twitter.com/YAQGqFNIc2

On Monday, the airline defended its actions and seemed to blame Dao for the incident, calling the man “disruptive and belligerent” in a statement.

But later in the day, CEO Oscar Munoz doubled down with another statement, saying:

“This is an upsetting event to all of us here at United. I apologize for having to re-accommodate these customers. Our team is moving with a sense of urgency to work with the authorities and conduct our own detailed review of what happened.”

As you can imagine, this really did not go over well with the public.

The word “re-accommodate” in Munoz’s “apology” stuck out more than the rest for some.

Like that time when @united tried to re-accommodate @wesleysnipes pic.twitter.com/md1zHNPvCK

Excuse me while I "re-accommodate" my @united app. You can keep my points… I won't be needing them. #BoycottUnitedAirlines pic.twitter.com/vwY0aGZCup

Hey @united , is this how you "re-accommodate" your passengers? pic.twitter.com/ZKKHOO97e4

"Moving with a sense of urgency" to abuse and attack people is more like it. #BoycottUnitedAirlines #boycottunited #FAIL

UNITED: Leggings are a breach of decorum.

ALSO UNITED: We will beat you and drag you from the plane if we want your seat for our employee.

#NewUnitedAirlinesMottos "Would you like a window, aisle or ringside seat?"

I've pulled all business and personal travel from @united effective immediately. @SouthwestAir, @Delta, @AmericanAir, you guys are on deck.

And the hits just keep coming…

Huh, never noticed these options on the United website until this morning pic.twitter.com/cP8LpIFEP1 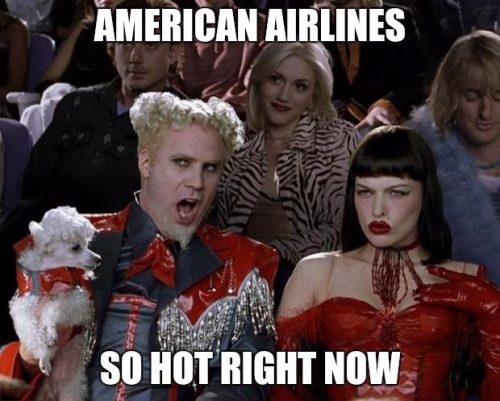 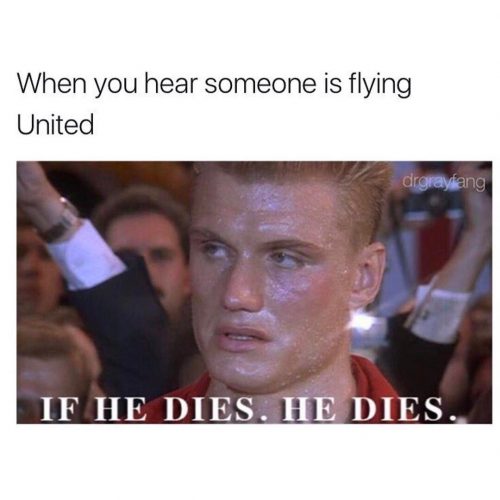 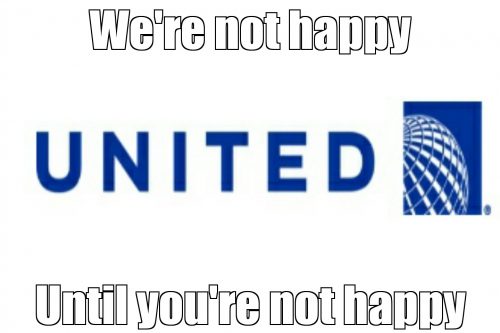 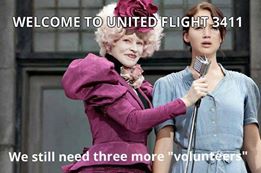 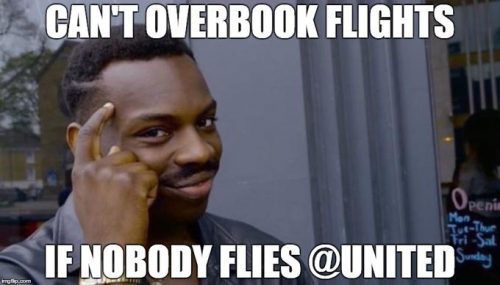 And, for the finale, Jimmy Kimmel’s hilarious monologue and United Airlines “commercial”: