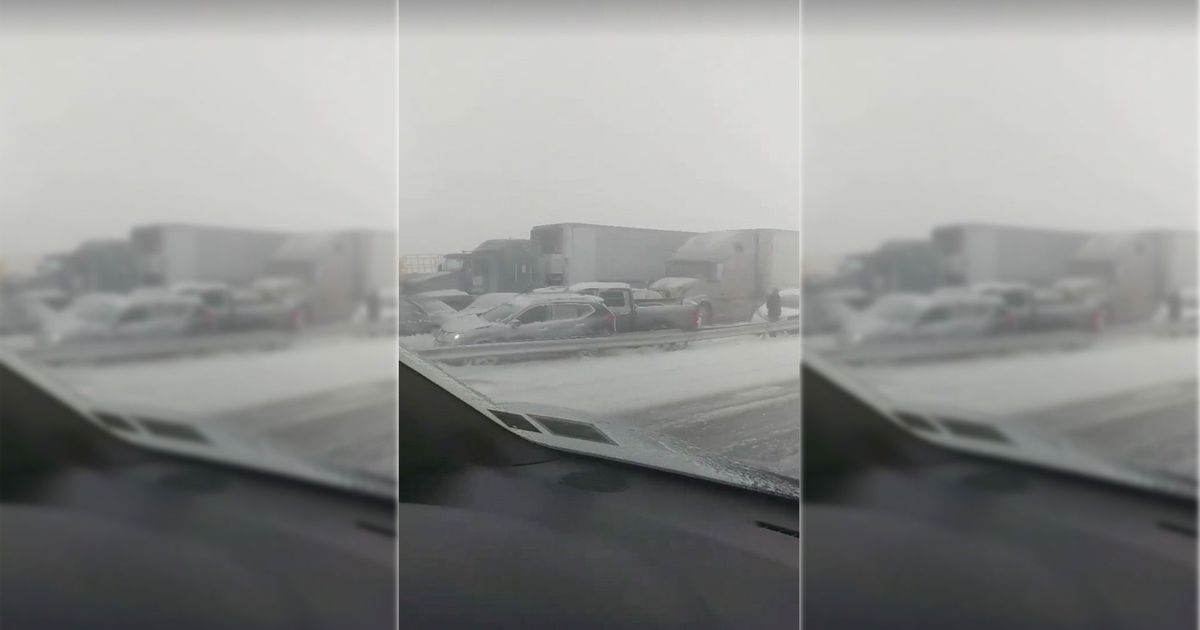 The entire eastbound side of I-90 outside Buffalo was closed after a car accident caused a huge, multi-car pileup. Facebook user Kadire Flowers filmed a portion of the accident from the westbound side of the highway. The video shows numerous cars blocking the highway in near white-out conditions.

Erie County’s Executive Mark Poloncarz‏ tweeted that 22 cars were directly involved in the crash and more than 75 cars were involved in total — some stuck behind the crash. A blizzard warning was issued by the National Weather Service through 1 a.m. on Wednesday, and Poloncarz issued a travel advisory for Northern Erie County.

At least two possible injuries were reported by the New York Daily News, though it’s still unclear exactly what caused the crash.