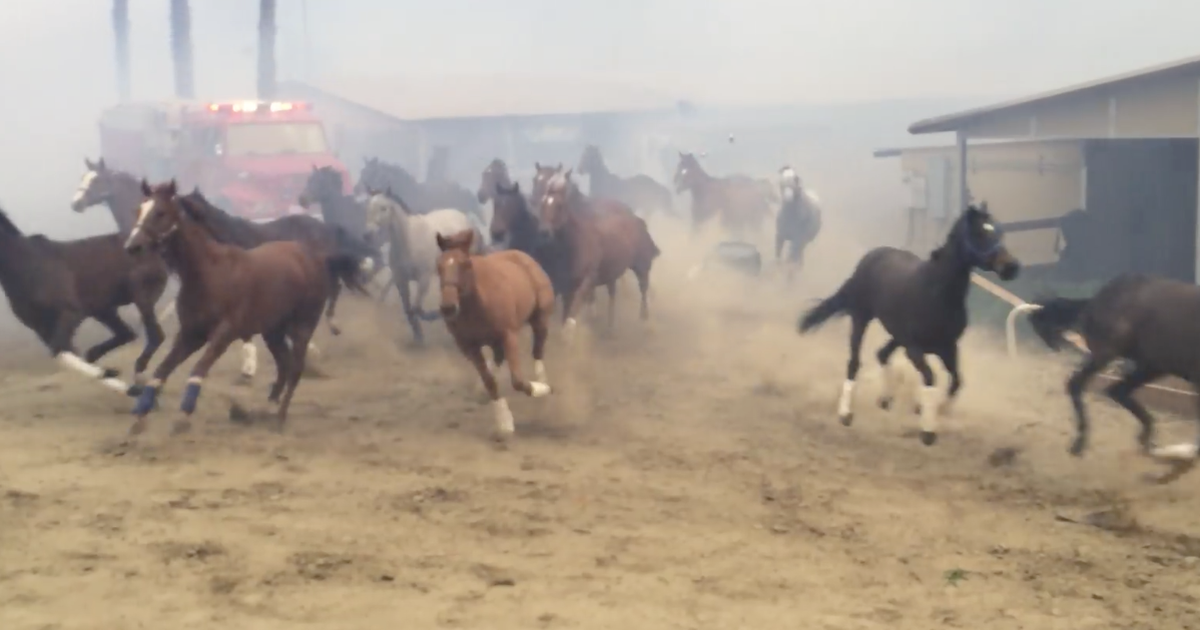 Chaos ensued at a horse training center in San Diego County as workers frantically tried to save hundreds of horses by setting them free from their stables.

Leo Tapia recorded a dramatic Facebook Live as he and others risked their lives to help release the horses from their stables. After being released, the confused horses can be seen stampeding around the grounds. The hope was to get all of the horses to the location’s racetrack, which contains no structures that could burn.

“There was so much smoke it was difficult to see,” horse trainer Dan Durham told ABC News. “Some of the horses were turned loose so they could be safe. They were scattered around.”

Sadly, upwards of 30 horses perished in the fires that broke out at the facility.

“Individuals at (San Luis Rey) risked their lives in efforts to free the horses from their stalls and herd them into the safer infield area and training track,” Mike Marten, the public information officer of the California Horse Racing Board told Fox 5 San Diego.

As fires moved closer to the facility Thursday afternoon, some of the animals were evacuated as a precaution. But people on the scene say the fire spread quickly, and things turned into a panic.

According to the Los Angeles Times, Trainer Martine Bellocq suffered second- and third-degree burns to 50 percent of her body while attempting to free the horses. She was put into a medically-induced coma at the UC San Diego Medical Center.


Most of the surviving horses were taken to Del Mar Racetrack, which has been acting as an evacuation center for livestock.

Southern California has been ravaged by multiple wildfires this week. Over 200,000 people have been evacuated, and overall the fires have affected some 9.5 million people.