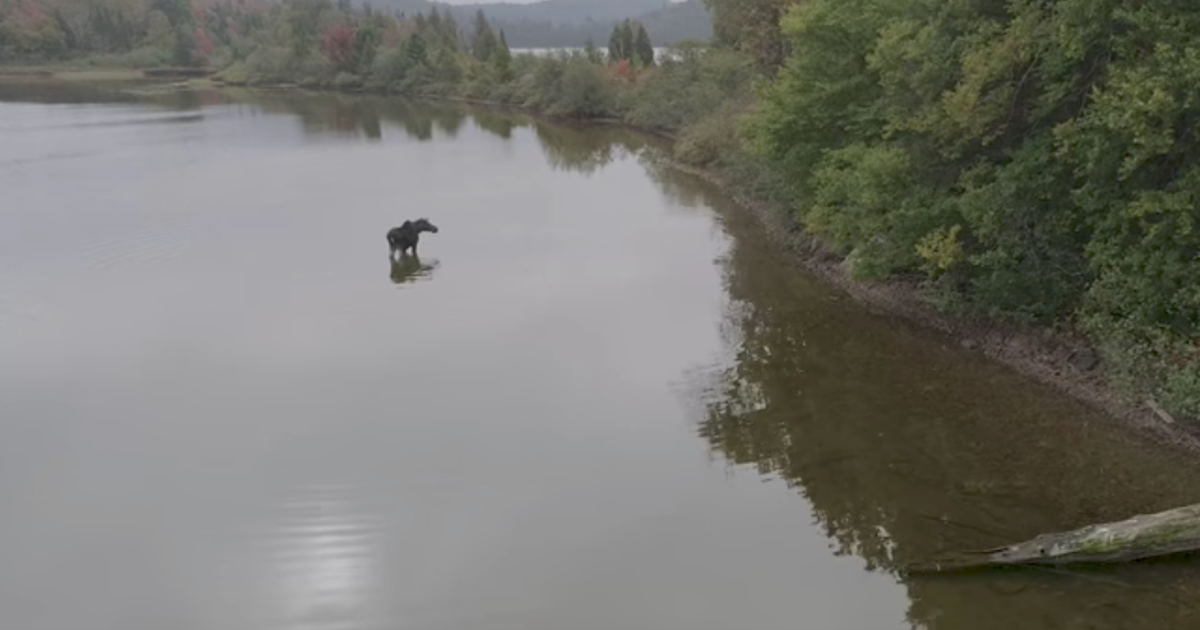 Intense drone footage from Northern Ontario captured a rare view of a wolf attempting to hunt a moose.

YouTuber Dan Nystedt was filming a moose that was near the shore of a lake using a Phantom 4 Pro. He says he was excited to see the moose, but just as he was leaving, he captured something very exciting.

Despite the size difference, a wolf suddenly appears from the woods, and the two animals begin a battle for their lives. After a back and forth for dominance, the moose retreats, and the wolf grabs hold of the moose’s underside.

After a what seems like forever, the moose manages to break free of the wolf, and it slowly walks away with the wolf in tow. The moose then heads for deeper water, tiring the wolf, and making it more difficult for it to attack.

Eventually, the wolf retreats, and is later seen with another wolf. At the end of the clip, the moose can be seen swimming across the deep lake, and it’s presumably safe, for now at least.