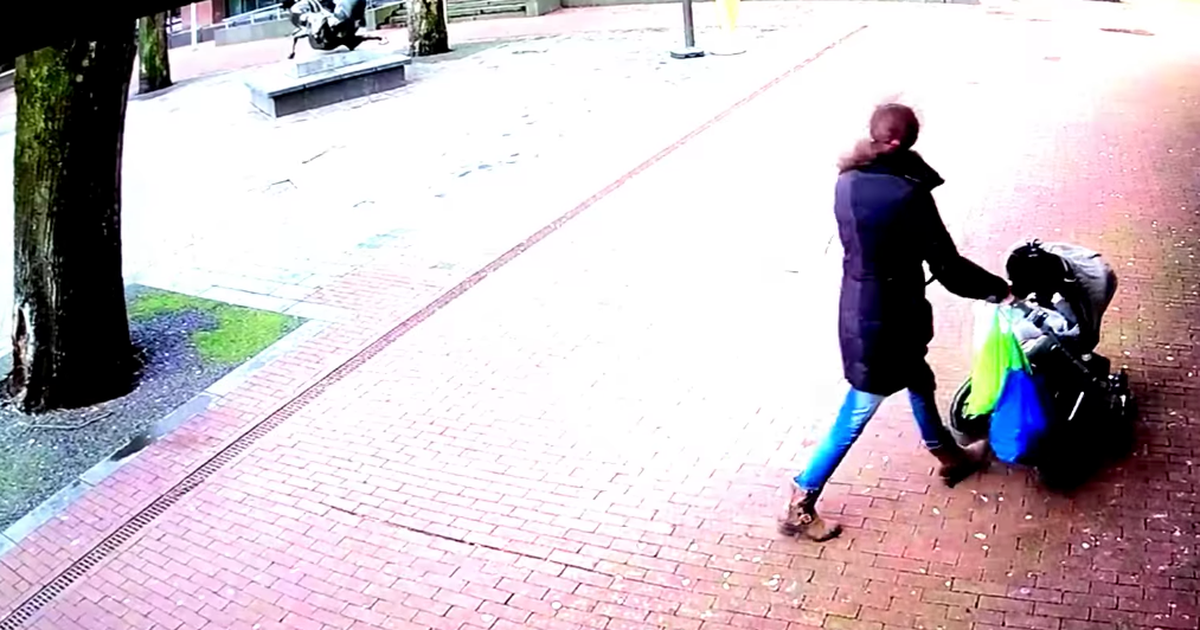 A woman and her baby came just inches from certain death after a tree fell during a major windstorm in the Netherlands.

Security cam footage time stamped on Thursday from a snack cart in Horst shows a woman pushing her child in a stroller next to a large tree. Suddenly, as the woman is passing, the tree can be seen tipping over, and eventually falls just inches away from the woman and the stroller that was protecting her child. It appears the tree also knocked over a few signs in the process.

Bad winds battered the Netherlands on Thursday, felling trees like the one in the video, and even toppling trucks and tearing roofs off buildings, according to the Washington Post.  At least three people were killed in the Netherlands as a result of the winds, which reached speeds of 75 mph, according to Dutch News.