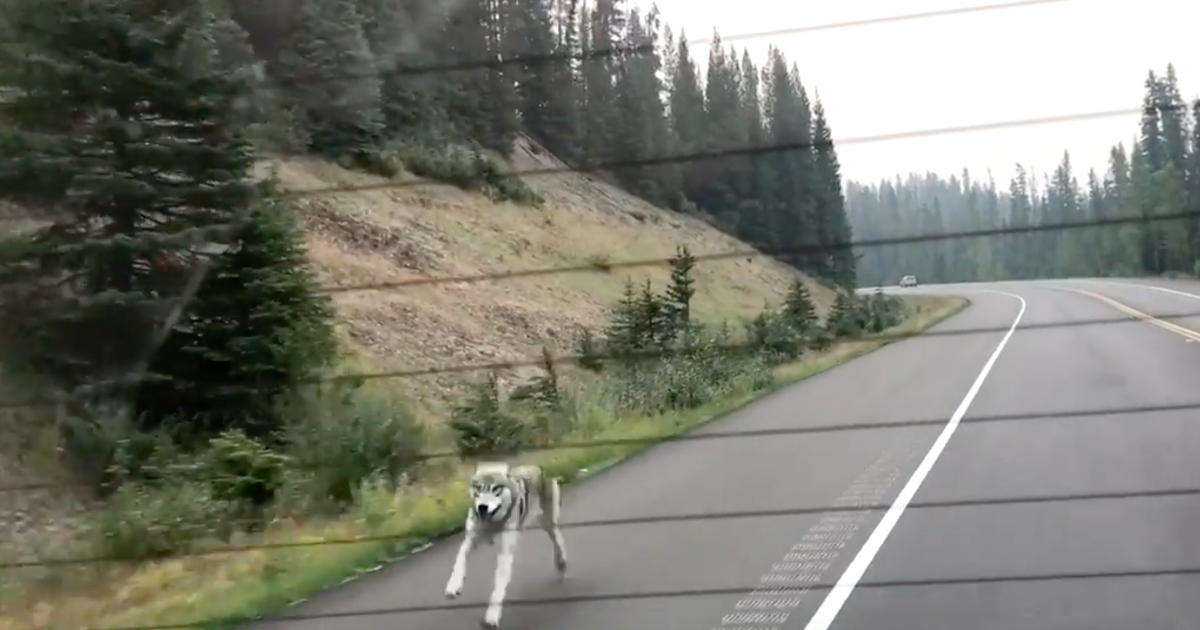 A family driving near the Radium Hot Springs in British Columbia, Canada, got an up close look at some of the local wildlife. Maybe too close of a look, actually.

The family noticed a grey wolf on the side of the road, so they began filming. But when the family drove off, the wolf decided to chase their car. The family says that the wolf chased the vehicle for a few kilometers, and called it “an amazing experience.”

This isn’t the first time a gray wolf has chased a vehicle in Canada. In 2013, a motorcyclist had a similar experience in the same area. It’s unclear if this is the same wolf, but it sure looks extremely similar.