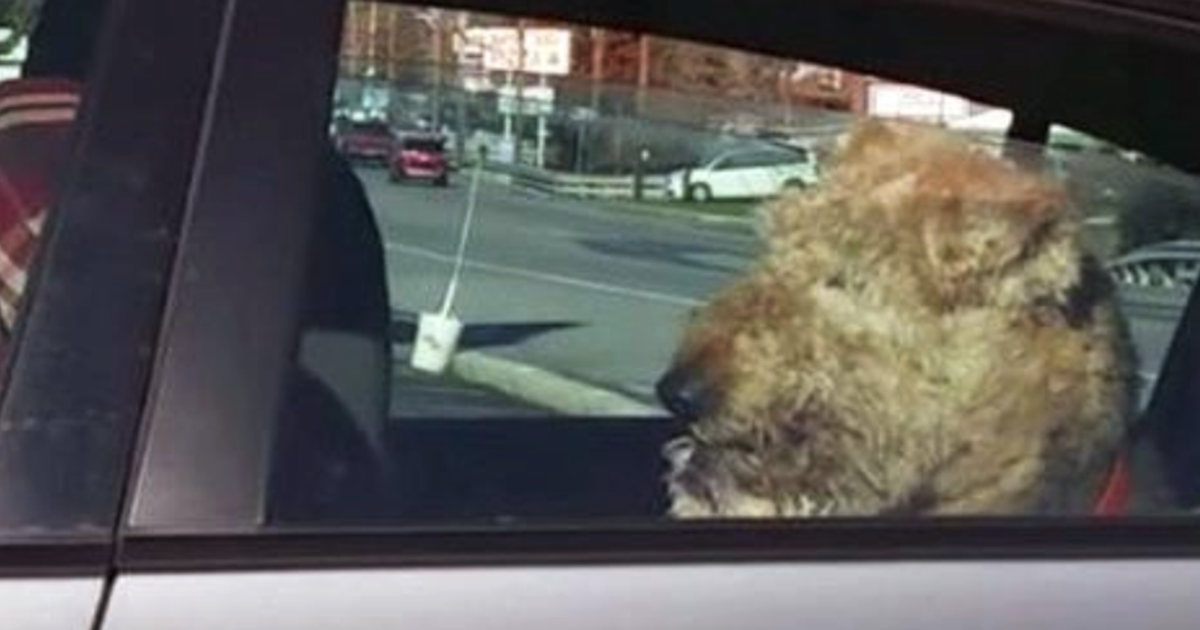 This dog is ready to get a move on!

A hilarious video shows the moment a dog tells its owner to hurry up by honking a car horn.

Melissa witnessed a curious scene one November weekend when she left a pizza shop in Altoona, Pennsylvania.

As the man walked by her car window she commented to him that his dogs looked like they were really happy and having fun. He just gave her a kind smile and walked on to go in the store.

He had just entered the door of the store when one of the dogs jumped into the driver’s seat, and then…

As the new arrival exited his car, the dog in the driver’s seat let out another honk, this time a short one. As Melissa watched this whole thing transpire, the man looked at her as though she were the one who had honked the horn.

“It wasn’t me!” she laughed. “It was the dog!” As though he was embarrassed, the little dog in the backseat sank down in the seat. “I thought it was a man in a dog suit,” said the newcomer. Together, he and Melissa laughed at the sight of dogs impatiently waiting for their human to return.


Watch the video and you’ll understand their laughter. Chances are, you’ll find it just as amusing as they did. Then share the video on Facebook so your friends can start their day with a giggle, too!

What do you think ?