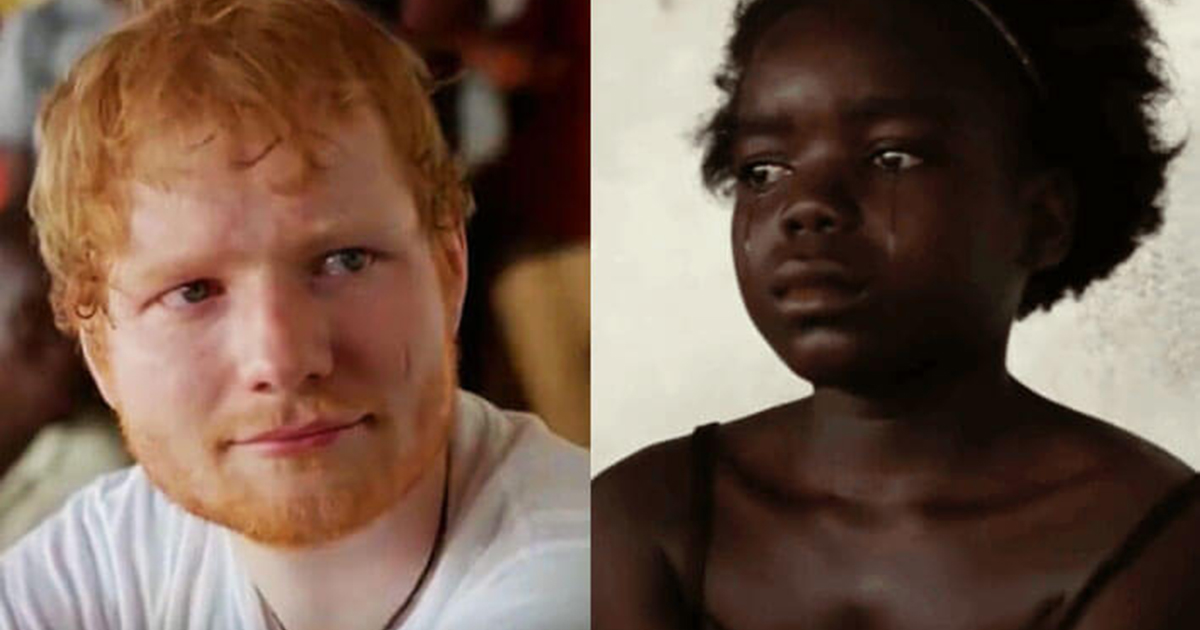 Red Nose Day is a Comic Relief movement with the mission of raising money and awareness to help end child poverty. Since first launching in 1988, the organization has partnered with major outreach programs and top celebrities around the world to raise more than $1 billion globally.

This year Ed Sheeran joined the fight to end childhood poverty in Liberia.

The “Shape of You” singer traveled abroad to meet children in West Point—the largest and most dangerous slum in Liberia’s capital city of Monrovia.

There, he met a girl named Peaches. Her story completely rocked the fiery red-head’s world.

Cameras roll as the young street child breaks into singing without any hesitation. Her confidence radiated through her. But before long, Peaches began to cry.

She tells Ed that her father was one of the thousands of people who died as a result of the Ebola outbreak in West Africa. He used to sing that song to her.

In talking with Peaches later on, Ed learns that since her father died, she’s had to drop out of school because her mother can’t afford it.

She’s not alone. Ed compared the slum to “hell,” saying that “thousands of families are living in squalor and there’s a stench of sewage everywhere.” Because of their desperate living conditions, too many children, like Peaches, are forced to earn whatever money they’re able to rather than getting an education.


Hearing Peaches’ story left Ed in tears. “In my whole career I have never cried on camera but I’m completely overwhelmed,” he explains. “I can’t imagine what this little girl has witnessed and I break down. I feel ridiculous and guilty about crying but I just can’t stop myself.”

The devastation is unimaginable, and it admittedly wrecked the pop-star.

Peaches was the “smiliest” in the village, and eager to chat with the crew that was visiting.

“If she’s the smiliest one, and she’s got that story, then God knows what the other stories are.”

Despite the conditions she’s forced to live in, the tragedy she’s overcome and the odds that are stacked against her, Peaches has BIG dreams for the future.

“When I grow up, I really want to become a musician,” she tells Ed. “I want to sing for people in churches.”

The British singer says he’s been involved with Red Nose Day in the U.K. his whole life, but it took visiting a Liberian slum for him to realize the impact the movement truly has on a child’s life.

Ed also took time on his trip to include all of his new friends he met in a music video for his song “What Do I Know.”

It’s just one more way the pop-star is using his celebrity to spread awareness, and shine a light on those who desperately need to be seen.