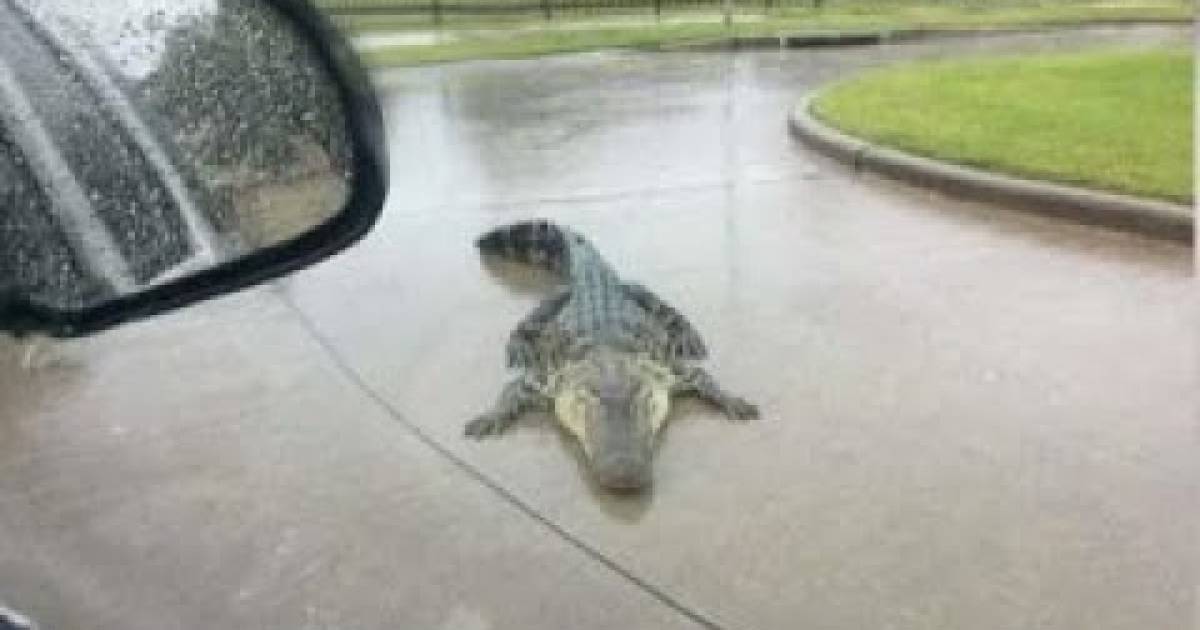 Hurricane Harvey will bring more than pounding rain, 125 mph winds and 15-foot storm surges. Residents can plan on running into displaced alligators, too. As if it couldn’t get any worse…

Christy Kroboth from the Texas-based Gator Squad are warning residents to stay at least 40 feet from any gators and most importantly, do not attempt to feed them! Wise words indeed. These creatures can move fast and make no mistake: While they are mostly docile, they have been displaced by the storm — so they may be confused, erratic, but mostly scared.

The outer reaches of Hurricane Harvey began to hit the Texas coast Friday and is turning out to be one of the most powerful hurricanes in years. Now as it makes its move toward land, gators are feeling it, too. They aren’t the only ones who know a storm is brewing. They, like smart humans, are moving to higher, safer ground.

Surrounding areas are predicted to be flooded with much as 40 inches of rain, but what scares everyone is the storm surge… and now gators. Harvey, a Category 3 hurricane, could make landfall Friday night or early Saturday, but the heavy rains and powerful storm surge that worry residents and government officials alike.

“Alligators are not out looking to cause you any problems,” Kroboth said. “They are simply just trying to deal with the weather like the rest of us. Leave them alone and they will do the same for you.”