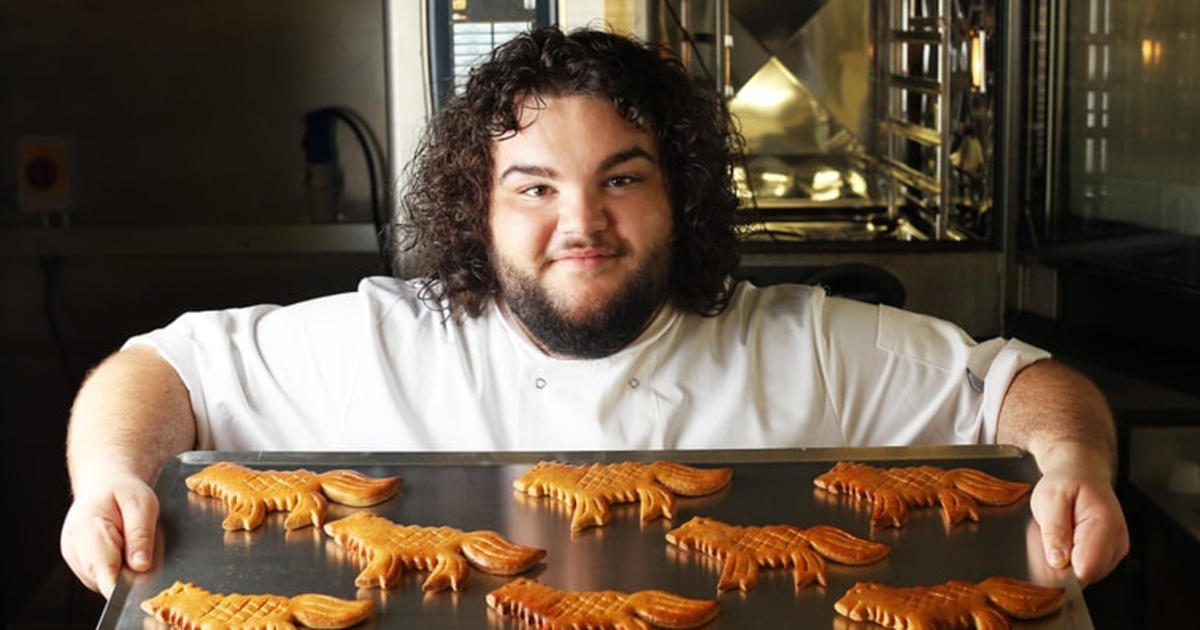 If you’re a Game of Thrones fan, you’d know that there’s no better cook than good o’l Hot Pie.

We first met Hot Pie – who’s an orphan and a baker’s apprentice – when Arya escaped King’s Landing disguised as a boy to join the Night’s Watch. However, Arya and Hot Pie were both captured by Lannister soldiers and tortured to no end. Until, of course, Arya, Hot Pie and Gendry escaped the Lannister hold. As Arya embarked on her own journey, Hot Pie stayed behind and became a baker at The Inn at the Crossroads – where we’ve seen almost all of the characters stop at one point or another.

Just this past week – Arya and Hot Pie were reunited as Arya stopped at The Inn on her way to King’s Landing. It was Hot Pie’s doing, after all, that Arya is finally making her way back home to Winterfell – learning her brother Jon Snow is in fact alive and the new King of the North.

While Hot Pie cooks epic food on the show – apparently, actor who plays him Ben Hawkey knows a thing or two about baking. According to Us Weekly, the actor has opened his own bakery in London selling – direwolf bread – much like the ones he made Arya in Game of Thrones. Hawkey sells these bad boys for only $1 (what a steal) and since opening – they’ve officially sold out of the bread. But, there are tons of other Game of Thrones treats to choose from – if you happen to be in London.

The kicker is not only what is served at the bakery – but, the name of the bakery as well.

You Know Nothing John Dough.

Can he be any more perfect? I think not.

The post Hot Pie From “Game of Thrones” Opened His Own Bakery & The Name Is F*cking Amazing appeared first on PizzaBottle.