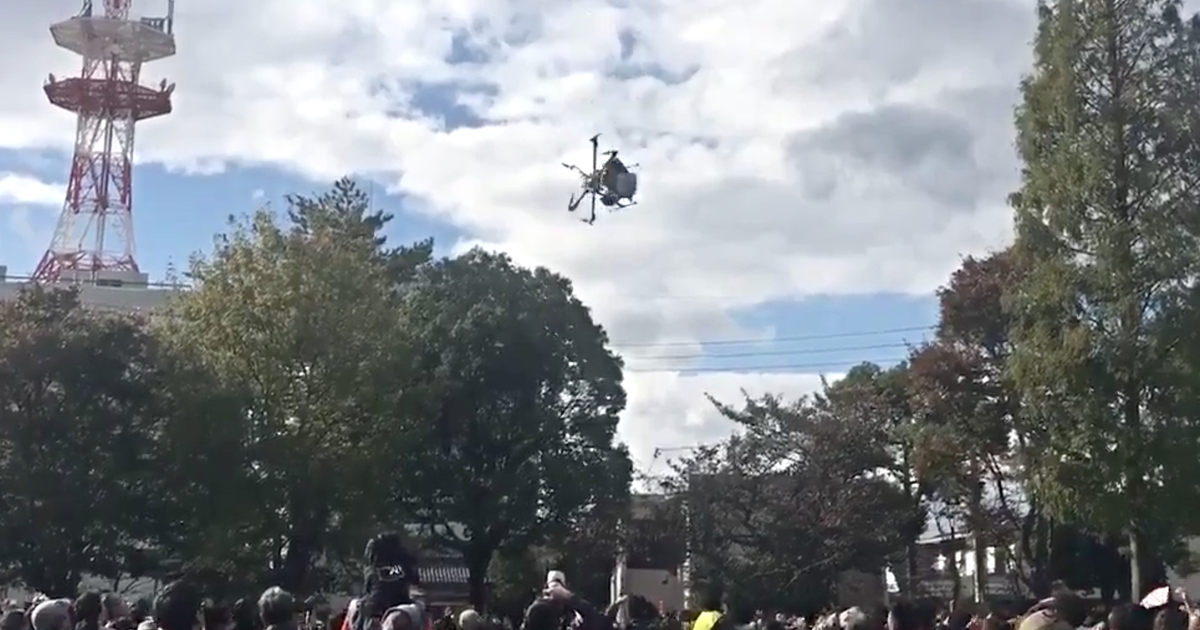 A drone dispensing candy to a crowd in Ogaki, Japan crashed into a crowd of people at the Ogaki Robot Festival on Saturday.

Japan Today reports that the drone was dishing out candy to a crowd gathered in a park when abruptly, the drone tilted sideways and fell into the people. Six people, ranging in age from 5 to 48, suffered minor injuries in the crash.

A clip of the crash uploaded to Twitter shows the drone tilt sideways, its motors still roaring as it dives in the crowd. People can be heard screaming, and the drone appears to make a direct hit to a man with a child sitting on his shoulder.

Police are questioning the 37-year-old drone operator, who did have a permit to fly the drone at the event. It’s unclear exactly what caused the crash, and local new outlet Chunichi reports that weather may have been a factor.