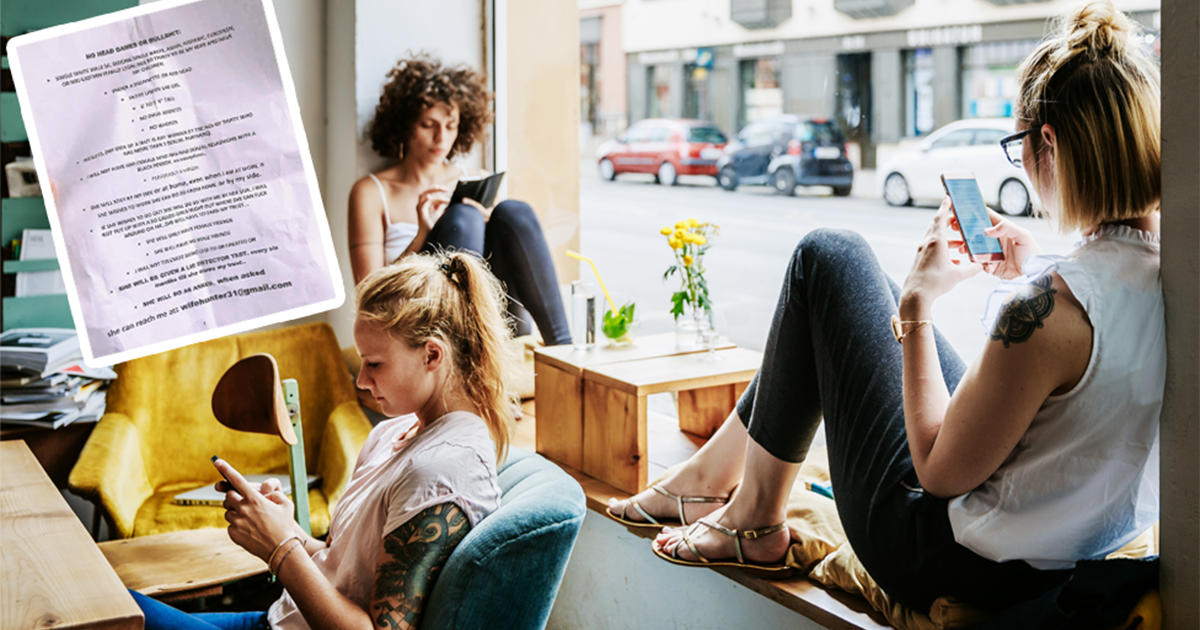 A singles ad circulating on social media has gone viral, and not for any endearing or romantic reasons.

A 50-year-old single white male shared his long list of requests on a Facebook page, which included racist and sexist requirements, as well as someone who has “no male friends” and will “do as asked, when asked”.

It didn’t take long for Facebook users to slam the man, whose email username is ‘wifehunter31’.

“Wow what a surprise this racist misogynist piece of trash is single,” one person wrote.

“So he offers nothing, but thinks that he can make a whole bunch of demands? Why would ANYONE read that and think, ‘Oh, he sounds like a catch!’?” another said.

This comment summed it up perfectly: “But where are the positives? He just lists drawbacks to the marriage. That’s the same special kind of stupid that causes his racism and misogynistic behaviour”.

In his singles ad titled, ‘No head games or bullsh*t’, he also insisted on a submissive woman, “preferably a virgin” who “will stay by my side at home, even when I’m at work”.

Furthermore, she would not be allowed to attend a “girls night out” and would be put on the spot with a lie detector test every six months to earn his trust.


“These lobsters for brains literally think that all women deep down want to be 50s-era housewives and that feminism brainwashed them into thinking otherwise,” a Facebook user condemned the man.

Another echoed the sentiment, saying his chances of finding this sort of woman would be slim.

“Not for a million dollars. Not for a billion,” they wrote.

Some Facebook users were also outraged by the man calling “any woman by the age of 32 who has more than five sexual partners” a “sl*t”.

“According to the CDC (Centers for Disease Control and Prevention), the average amount of sexual partners someone will have by their mid to late twenties is 10. Guess he’s not finding a girlfriend any time soon,” one commenter wrote.

The man concluded his ad with his email address, but we wouldn’t be surprised if all he gets is a bucket load of hate mail.