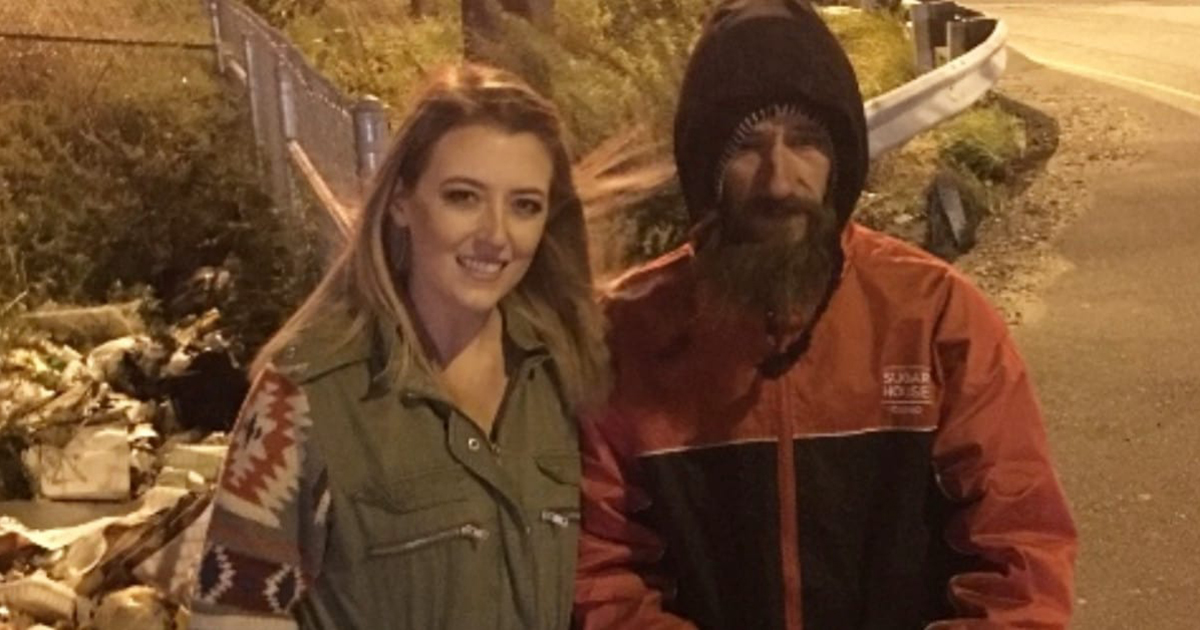 Some of us have been lucky enough to live a life with as few struggles as possible; we’ve always had food on the table, a roof over our heads and a support network for when we’re in need. For some people it isn’t the same story. But it doesn’t stop them from giving back to others in need.

When Kate McClure ran out of gas while driving on the I-95 to Philadelphia, she was stuck with no cash and no way of getting fuel for the rest of her journey. As she walked away from her car to try find help, a homeless man came walking towards her out of the darkness. He instructed her to get back in her car and lock the doors.

Sounds scary, right? Well it turned out there was no need to be. After a short while, the homeless man came back with a filled gas can and used it to top up her fuel tank so that she could continue on her journey. The man’s name was Johnny Bobbit Jr and it turned out he had spent his last $20 on gas for her that evening.

As Kate didn’t have any cash on her to pay him back, she promised that she would return to repay him. Within the next three weeks, she returned to the same spot on the I-95 with food, gift cards and supplies for Johnny, and as they got to know each other they became good friends.

Johnny’s story was that he had been living on the streets for about a year after a job lead fell through when he moved to Philadelphia. He had once been a paramedic but with his savings quickly depleting, he didn’t have the money to replace his documents that proved his right to work. Days on the street turned into months, then turned into a year. Kate knew that she wanted to do something to help and so she set out to put a plan in motion that would change the kind Samaritan’s life.


Watch the video to find out how Kate and Johnny saved each other in their times of need. It will restore your faith in humanity!

If you loved this story as much as we did, be sure to leave your opinions below and share with your friends.