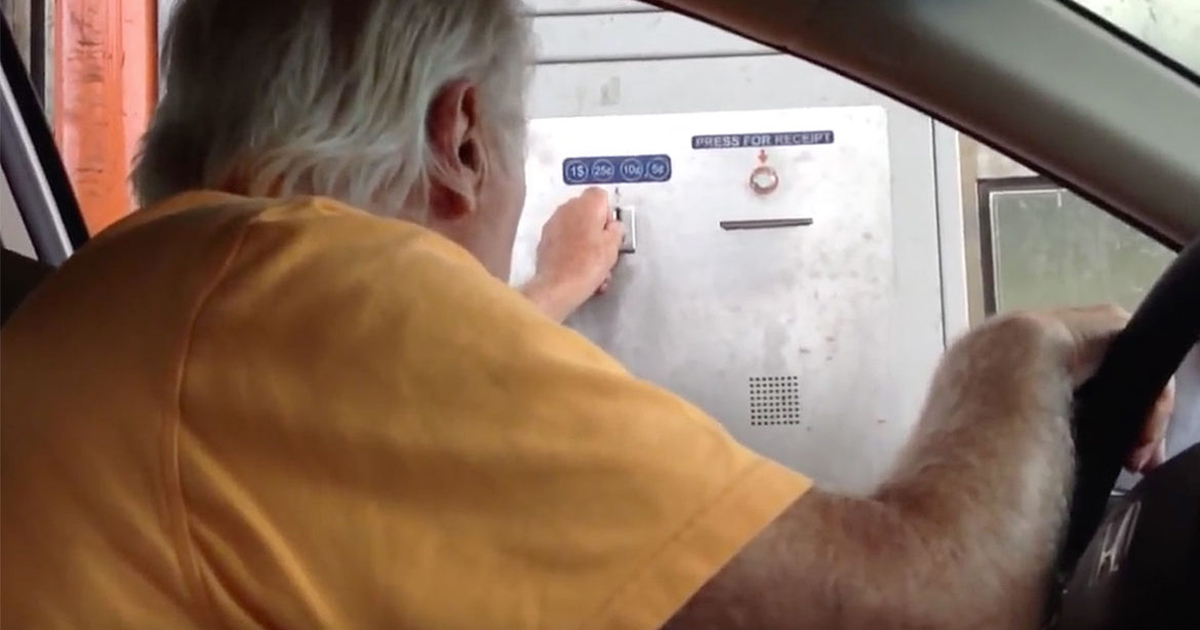 We all live in a world where we have to deal with machines that don’t always work like they should. And this old man isn’t having it.
After an automated tollbooth rejected his quarter, the poor old guy was eventually connected to a remote assistant, who tries to talk him through the process over a crappy speaker.

But while that’s going on, his grandkids are not only laughing at him from the passenger seats, but also catching the whole thing on video.

I think anyone can relate to this situation. Who hasn’t felt the frustration of a machine rejecting your perfectly good coins for no obvious reason, or spitting out a bill over and over again no matter how much you flatten out the corners?

The man in the video has seen enough of this stuff during his long life. And he’s just not going to take it anymore.

Although to his credit, he keeps his cool for the most part. And he’s never really rude to the unhelpful remote attendant, although in his mounting frustration he does try to let her know how many cars his holding up in the line behind him.


It’s only when he finally gets through the toll that he lets us know just how mad he is, letting out a stream of swear words once the attendant can no longer hear him.

Refusing to take out your rage on an innocent party? Well done, old man.

In one of the mysteries of the internet, the video was posted way back in 2013, but for some reason it only went viral this week.

Naturally, his grandkids find the whole thing to be hilarious. And so do we.