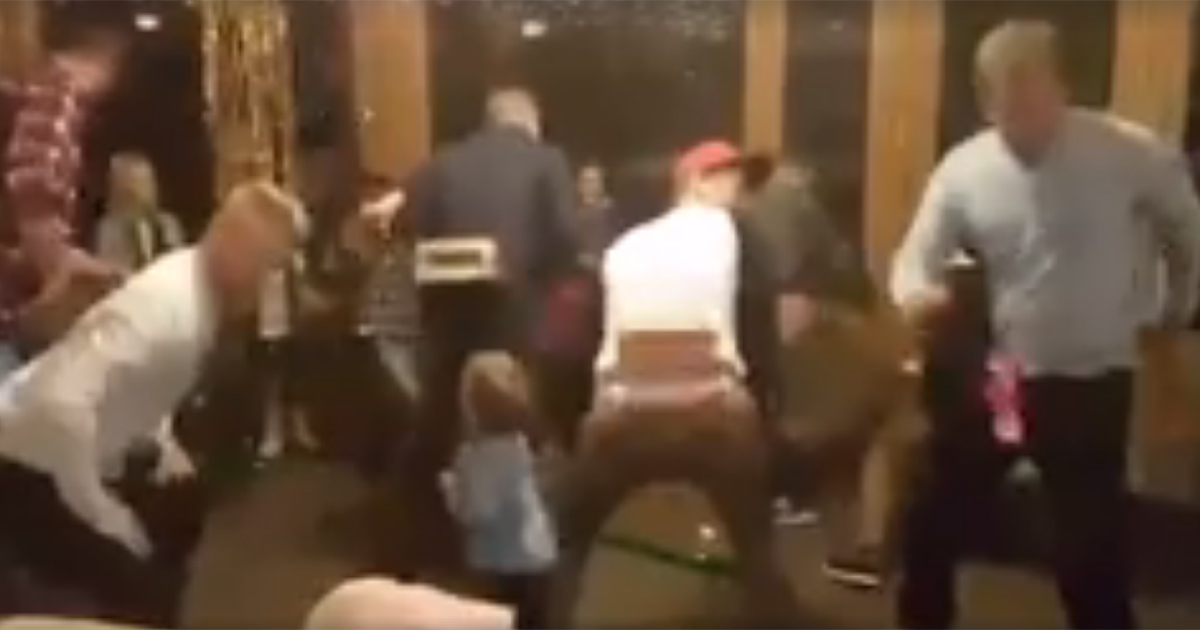 Ever wondered how difficult it would be to shake a bunch of ping pong balls out of a tissue box attached to your hiney? Well, there’s only one way to find out!

To play Junk in the Trunk, you’ll be wearing a contraption that consists of a Kleenex box filled with ping pong balls. This box is stuck on your rump, and you’ll have to shake all the balls out in one minute or less in order to win.

Who comes up with these games anyway?

To play, you’ll need to put together the box contraption first. Here’s everything you need to make the box-on-the-butt and to play the game:

First things first—let’s put together the tissue box/belt combo. There are several ways you can do this. You can cut slits into the bottom of the box and weave the belt through them, though you’ll want to reinforce the cut edges with tape first to keep the box intact while the game is in progress. You can also glue or tape the box directly onto the belt. If you’re crafty, strong velcro would work too (attaching one piece to the box and the other to the belt).

Whatever method you choose, test it out first to make sure that the box won’t tear and fall off in the middle of the game. Remember that it’ll be holding the added, albeit slight, weight of eight ping pong balls, and that the player wearing it will be jumping around like his shoes are aflame.

Once you’ve got the whole belt/tissue box thing sorted, you can go ahead and play the game!

Put the belt on the player with the box resting just above his backside. Place the ping pong balls in the box. When the one-minute timer begins, the player then starts jumping and wiggling and shaking in order to get all eight of the balls out of the box. Successfully accomplish this before the timer runs out and you’re a winner.

There’s really only one rule that needs to be adhered to in order to play Junk in the Trunk. You cannot touch the box, balls, or belt with your hands or any other body part. The balls must come out of the box as a direct result of your body movements. (Of course, you can’t lie down and roll around either, but do we really need to point that out?)

Try a bunch of different movements to see what works. The balls will come out quickly at first—it’s when you only have one or two left that things will get tricky. Really quick side-to-side hip movements can do the trick, or just jump up and down and wiggle your hips. Get the balls moving around as much as possible and eventually they’ll escape.

Check out videos of the game in action below.

Annual Warner Family Christmas party last night! Here's the "drop the ping pong balls from the tissue box" contest. My brothers, cousins, and I were the participants. #TwerkTeam 󾌴󾌴󾌴󾌴󾌴

Make sure to share this hilarious game idea with your friends and family!