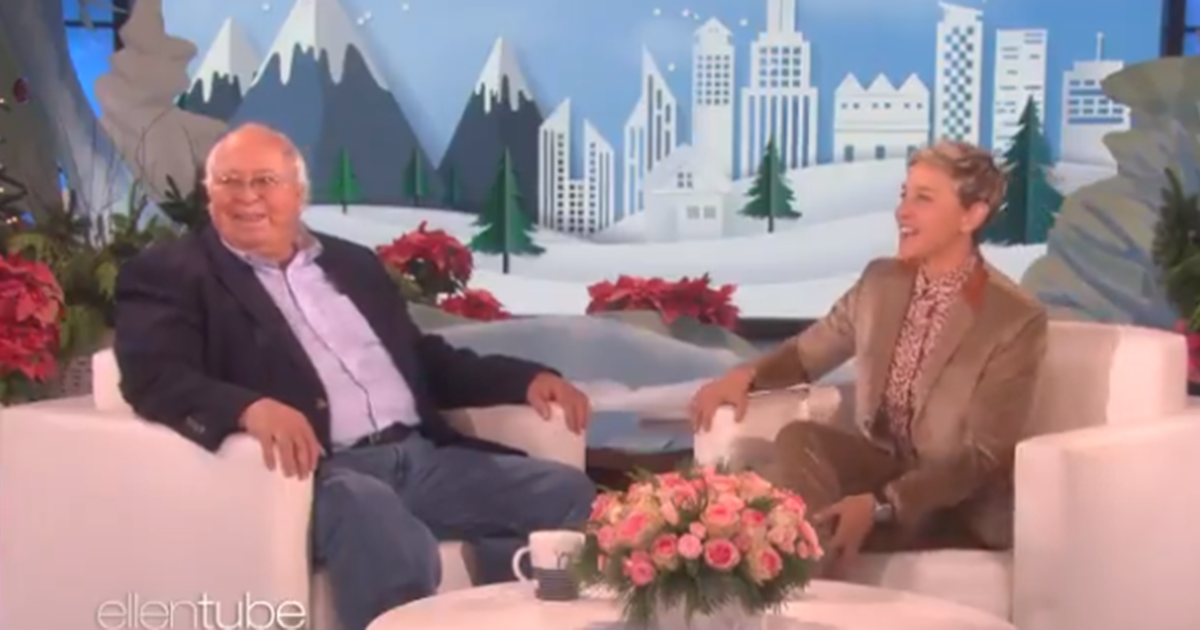 Nathan Mathis visited The Ellen DeGeneres Show on Thursday to discuss his late daughter and what drove him to stage the one-man counter demonstration against Roy Moore that went viral before the Alabama Senate election earlier this week.

The 74-year-old lost his lesbian daughter, Patti Sue, to suicide, and made headlines on Tuesday for holding a sign that claimed Moore called his child a “pervert.”

Nathan Mathis is here outside the Moore event. He tells me his daughter committed suicide and says Roy Moore called her a pervert because she was gay. “My sign says it all,” he said. pic.twitter.com/5qZnM0IyNJ

“We took her to other doctors, psychiatrists, every one told my daughter, ’Patti, you can’t help the way you are,’” he said. “That’s what made me change.”

Once he came around, he realized he needed to use his voice to help fight for gay rights, and that included keeping Moore out of office.


“The last thing we needed was Roy Moore in Washington,” Mathis said on the show. “Roy Moore needs to be somewhere gettin’ psychiatric help, that’s where he needs to be.”

The activist goes on to tell an amazing story about his clap back to the business who refused to make his protest sign and you can watch it all in the clip below.

Patti Sue Mathis, your death was not in vain. Your father is changing the world in your honor. pic.twitter.com/92g4Izmfwr