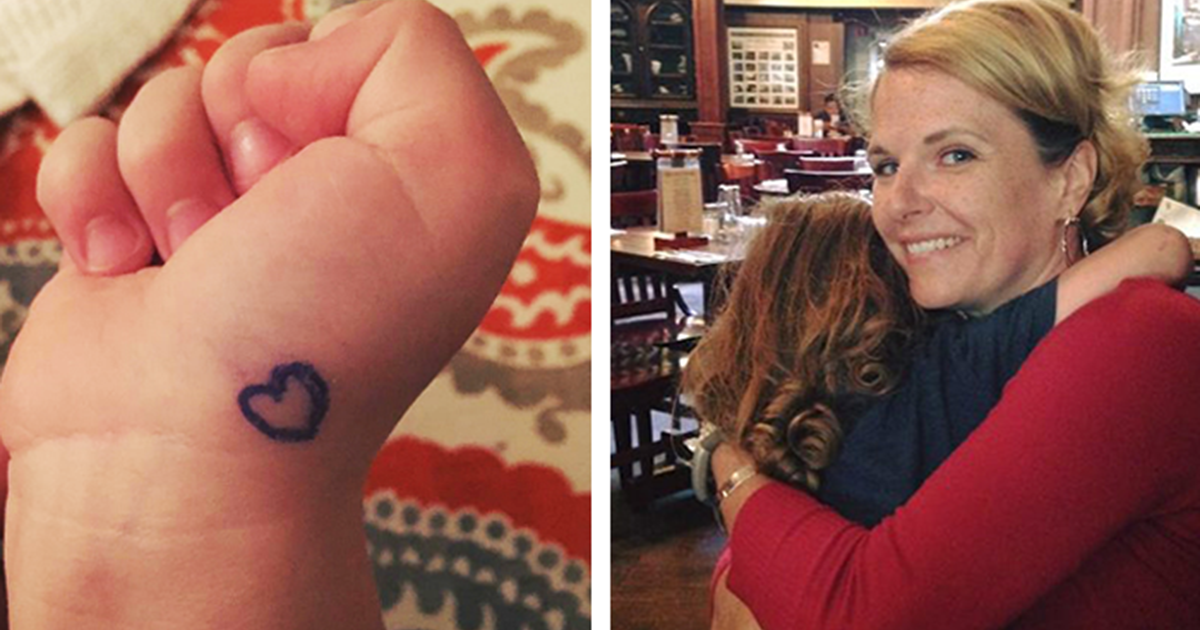 Everyone is secretly battling something behind closed doors—whether it be an abusive relationship, stress at work, or a health issue. Of course, there’s no way to know what those things are when you can’t see them, and it makes it difficult to help or to be considerate of these issues without a sign. That’s why children around the United States started sporting tiny hearts drawn on their wrists.

While they might initially look like simple doodles, these hearts actually represent something more significant. So if you ever see a child walking around with a tiny heart drawn on their wrist, you don’t have to wonder any more about what it means…
It’s important to remember that everyone has their battles. Whether it’s money trouble or a family member fighting an illness, we all know what it’s like to experience the hard parts of life. No one knows that better than Liz Petrone.

As the owner and operator of Lizpetrone.com, she regularly blogged about her life in central New York. Never one to shy away from the personal, Liz talked frequently about her family and especially her kids. One recent post, however, really caught people’s attention.

Sharing deeply personal stories was exactly why Liz started her blog, so it wasn’t a surprise when she began posting about her son, Luca. It was when her readers learned all about the reason she drew a heart on his hand recently that they couldn’t help but feel moved…


Having battled mental health herself, Liz has openly blogged about postpartum depression, which she faced after giving birth to her third child. In her writing, she often stressed the integrity of National Postpartum Depression Awareness Month.

“We need to keep talking, even when we don’t want to, even when it’s unsightly or embarrassing or uncomfortable… Because one in eight women suffers from postpartum depression or anxiety following the birth of a child,” Liz’s post read. So what was the deal with that heart?