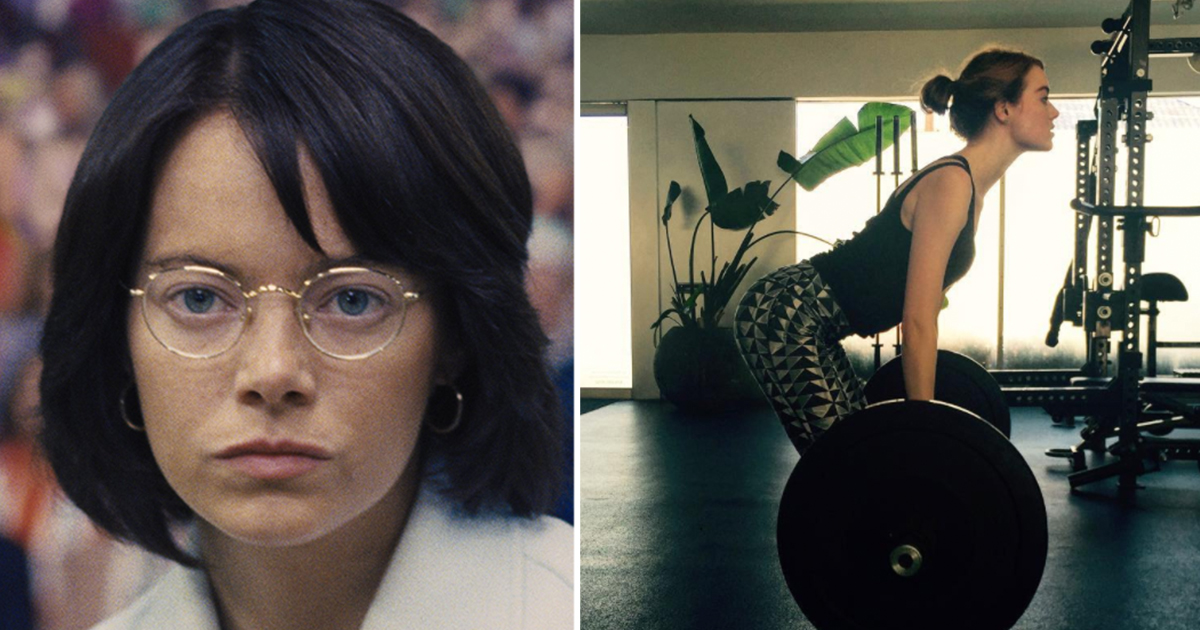 We’ve heard of stars doing all kinds of intense training to prepare for Hollywood roles. Pretty much every actor who has been featured in a super hero film was equipped with a personal trainer and chef to get them ready for fighting crime on the big screen. We won’t soon forget the chiseled features Ryan Reynold obtained for DeadPool.

In anticipation of her latest role of real tennis legend Billie Jean King, the lovable Emma Stone gained 15 pounds of pure muscle and we are so here for it.

Emma Stone has taken on a variety of different roles during her career.

Whether she’s portraying a passionate female journalist or a vivacious LA dreamer, the actress is fully committed to any character she takes on.

The sport/biography Battle of the Sexes will be released worldwide on Friday and tells the true story of the 1973 legendary tennis match between Billie Jean King and Bobby Riggs.

Under the guidance of trainer Jason Walsh, the 28-year-old actress gained 15 pounds of pure muscle in the span of 3-months.

“She took it seriously,” Walsh says. “She wanted to do the story justice.”


He later added: “She needed to be resilient and to have the psyche of being really strong.”

Walsh focused on strength training for Stone’s role. Some of her regular exercises included walking with dumbbells and 300-pound hip thrusts.

The actress could eventually deadlift up to 185 pounds and could do push-ups with 50 pounds of chains on her back.

Check out the results of Emma Stone’s kick-ass work this Friday in theaters!