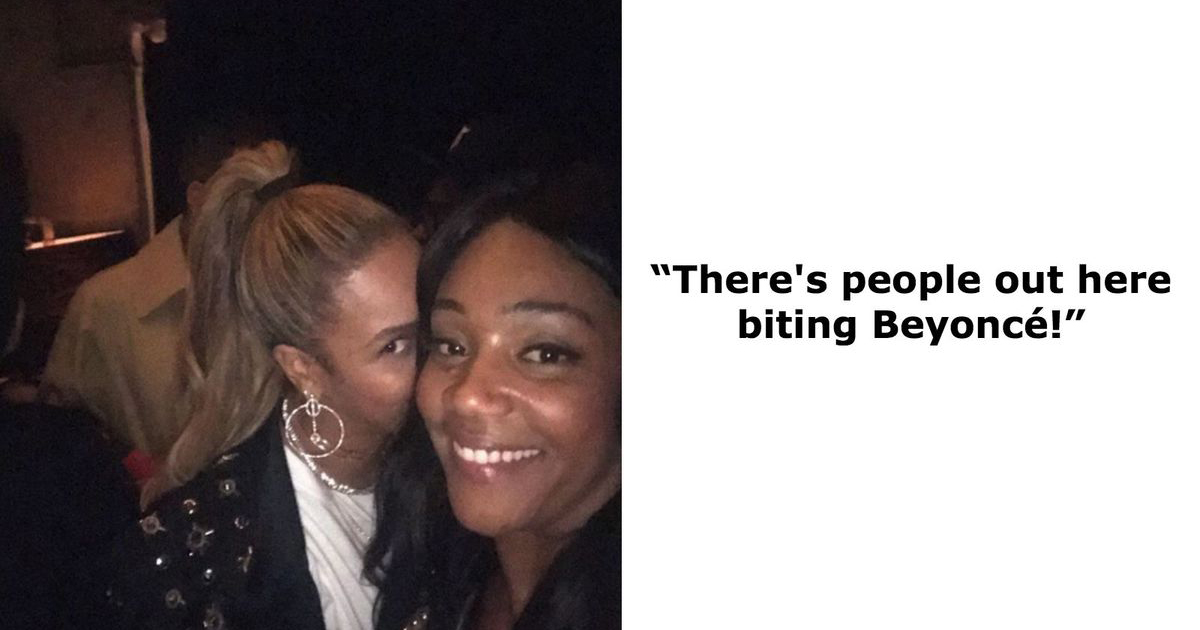 HuffPost is on a mission to track down who bit Beyoncé’s face—by asking the question no one is asking, “Who didn’t bite Beyoncé’s face?”

Inquiring with some of Hollywood’s most famous actresses, some at HuffPost seem to believe that eventually the culprit will be revealed using this haphazard process of elimination—at least that appears to be their plan. (*Fingers crossed.)

We approached the "who bit Beyoncé's face" mystery from another direction: Who *didn't* bite Beyoncé's face? https://t.co/Xz0eQccBS7

First off, we can eliminate the highly suspect, but ultimately innocent Julie Andrews:

Julie Andrews: “Have no idea what you are talking about,” a spokesperson wrote over email. pic.twitter.com/lR3GHrWoTZ

Here are some of the other actresses that have claimed their innocence so far:

Kathy Bates: “I have no clue,” a spokesperson said. pic.twitter.com/RHEhCVluiK

Amy Adams: “Hahaha, NO. So funny that you would ask if Amy Adams did this?” said a spokesperson for Adams. pic.twitter.com/A0srenrgTU

Jennifer Aniston: “What? I have no idea what this means,” said a spokesperson. After some explanation, the spokesperson replied, “Why in the world would you think Jennifer Aniston would do such a thing? It’s absurd.” pic.twitter.com/27DZw9qH5T


Of course there’s one person who knows who the guilty actress is for sure—Tiffany Haddish. It was in an interview with GQ that we first learned of the face-biting incident from the Girls Trip actress.

According to Haddish, it happened at a party last December. “There was this actress there,” Haddish told GQ, “that’s just, like, doing the mostest. She bit Beyoncé in the face.”

Some of the other actresses we know didn’t do it include:

Shirley MacLaine: “No, Shirley did not bite anything. She’s 83 years old, for God’s sake,” a spokesperson said over the phone. pic.twitter.com/67ZkZ1b7pq

Jodie Foster: “The article says Sara Foster — NOT Jodie Foster,” a spokesperson said when we sent her @TheCut article, which referenced Sara Foster being at the Jay-Z concert. pic.twitter.com/8J2INKNBad

A little later in the interview Haddish confirmed the face-biting from Beyoncé herself:

Beyoncé’s at the bar, so I said to Beyoncé, ‘Did she really bite you?’ She was like, ‘Yeah.’ There’s people out here biting Beyoncé!

And the last two non-Beyoncé-biters:

“Charlotte McKinney was NOT involved in the incident whatsoever, as she didn’t even attend the after-party,” a rep for the actress and model said. pic.twitter.com/21JB6omwMv

BTW, we have another update. → When we reached out to ask if Jennifer Lawrence could be ruled out, a representative replied, “Yes remove her please.” pic.twitter.com/CbvQZPZ1Yr

HuffPost isn’t the only ones in hot pursuit of the truth. Supermodel Chrissy Teigen is desperate to know who did it—and she claims to have an idea of who it might have been.

I can only think of one person who would do this. but I cannot say. but she….is the worst.

So we conclude with a plea: Help us Chrissy Teigen, you’re our only hope…