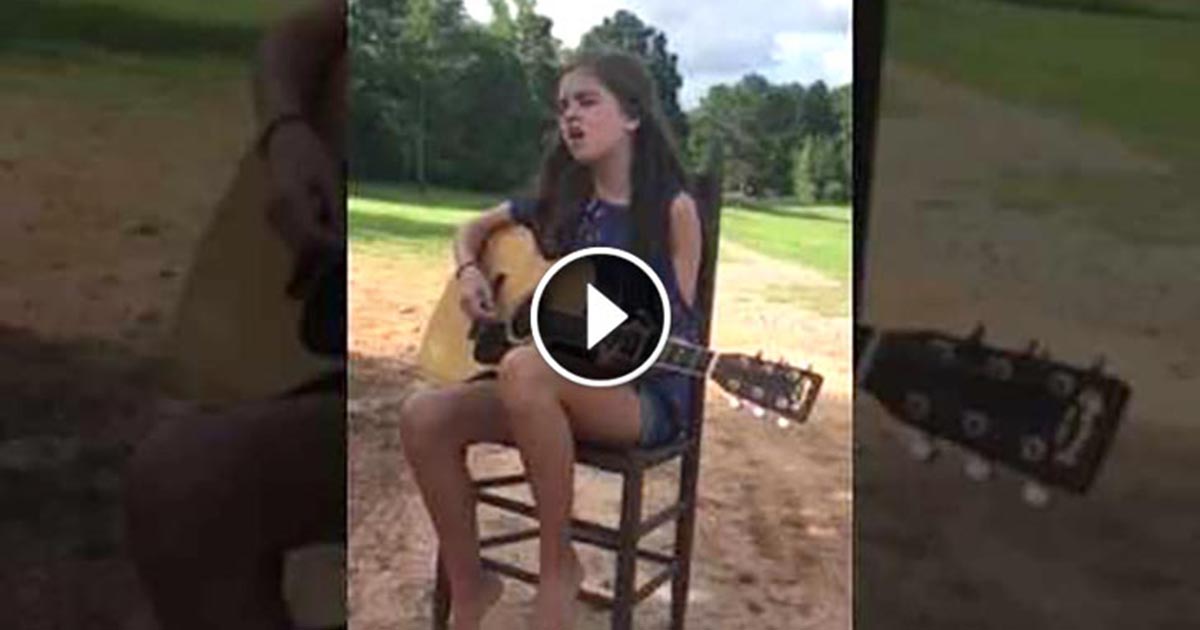 Callista Clark, although only 13-years-old, is stealing the hearts of millions after sharing her rendition of the popular country song “Go Rest High On That Mountain” on social media. In her video, this young girl sits barefoot and perched atop a wooden chair, ever so calmly and peacefully strumming her guitar…

Vince Gill was inspired to write this song following the passing of fellow country musician Keith Whitley. Vince began writing the words after Keith’s death, but completed the song a few years later after the passing of his own brother. Although the lyrics are incredibly powerful, deep, and emotional…this 13-year-old girl is able to give quite a stunning performance. Callista’s voice, paired with the passion-filled words of the song, are enough to bring you to tears.

The post Her Powerful Cover of “Go Rest High on that Mountain” is Sending Goosebumps appeared first on THE BEST VIDEOS BEFORE THEY GO VIRAL – Damn Bored TV.