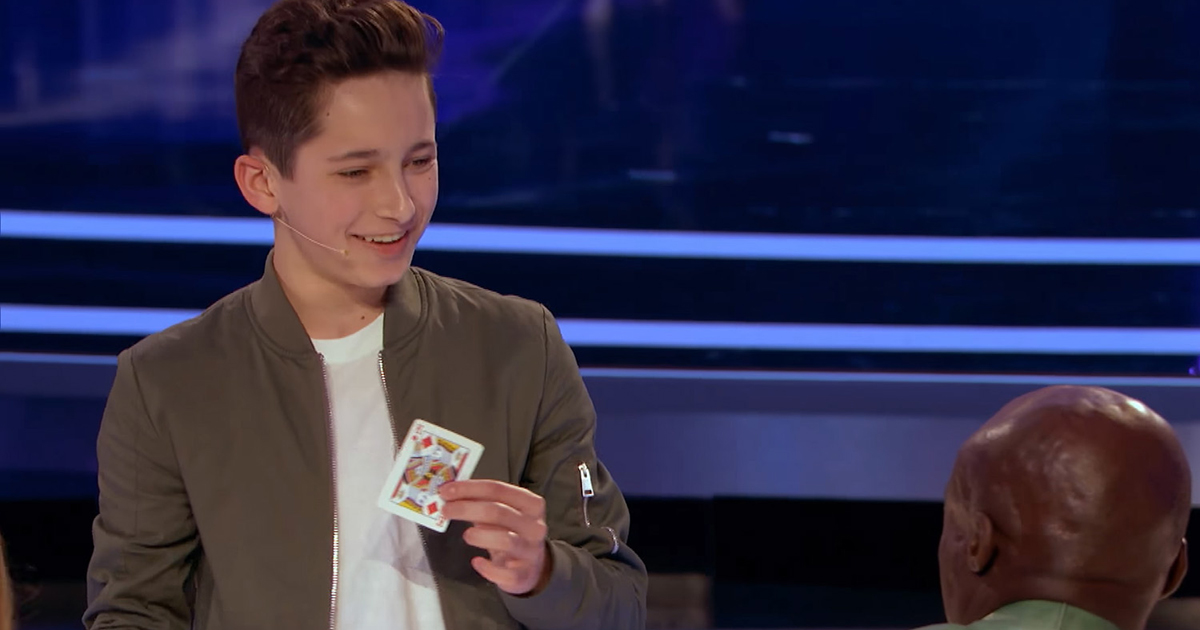 Prepared to be amazed by this card trick from Henry Richardson during the Judge’s Cuts round of America’s Got Talent!

The 15-year-old magician did some close-up magic for the judges. First, he had Heidi Klum sign on a card and then he put it back into the deck, which he placed into guest judge Seal‘s hands.

Somehow, Henry turned the entire deck of cards into a deck of invisible cards while they were sitting in Seal‘s hands.

Then, Henry was able to somehow transport Heidi‘s signed card into a sealed snack that he placed at the end of the judges table before starting the trick. Amazing!