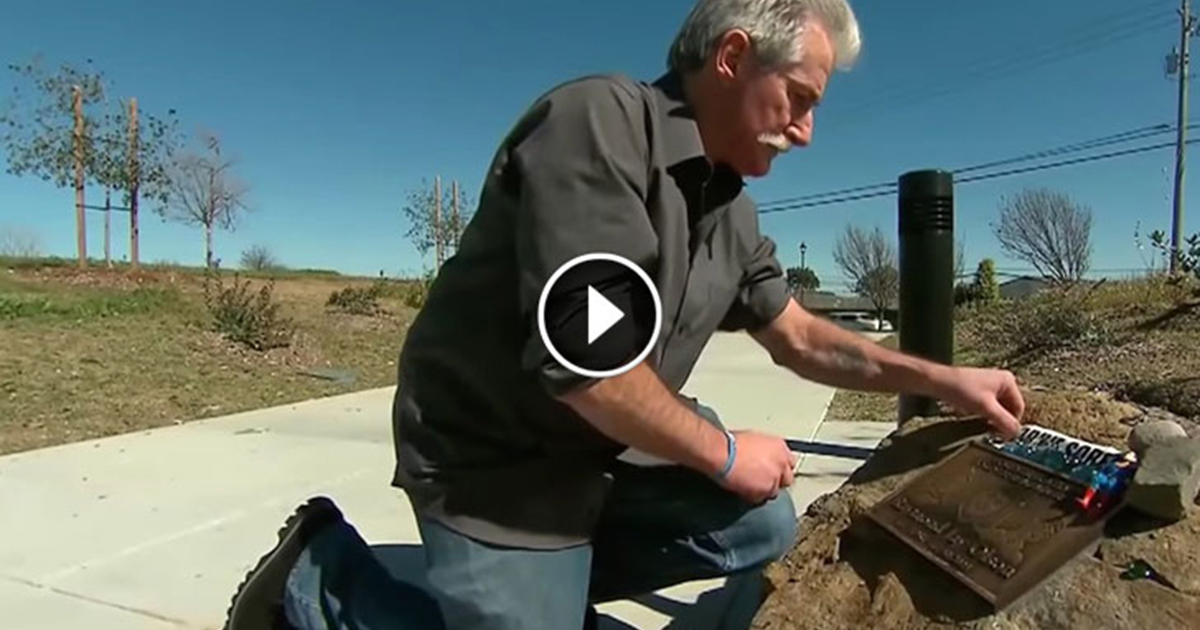 For years someone has been taking care of a loving memorial located along the fence of a property owned by Chevron. Flowers, candles and various other items always seemed placed with much love and care but strangely no one knew who was doing it.

After a decision was made to fix up a property, Chevron didn’t want to tread on someone’s memories so they made a public appeal for the anonymous caretaker to step forth.

Hoping to find the memorial’s mysterious caretaker, they posted a note asking the individual to contact them.

It read, “For those individuals who are maintaining this memorial, Chevron asks that you contact the refinery at [phone number]. Thank you for your help!”

To Chevron’s surprise, the mysterious caretaker eventually came forward. The man who had created and had been tending to the memorial was a grieving father named Ray Olsen.

Olsen had created the memorial as a way to honor his late son (also named Ray), who had died as the result of a freak accident with a drunk driver.

Ray had originally been a bit scared to reveal his identity, fearing the oil giant would destroy his setup. He even went so far as to tend the memorial only at night, hoping no one would be able to see his face. In the end though, Ray decided to come clean— a decision which came with surprising results!


The post Heartbroken Dad Secretly Preserves Son’s Memorial at Night, until Property Owners leave him a Note appeared first on THE BEST VIDEOS BEFORE THEY GO VIRAL – Damn Bored TV.