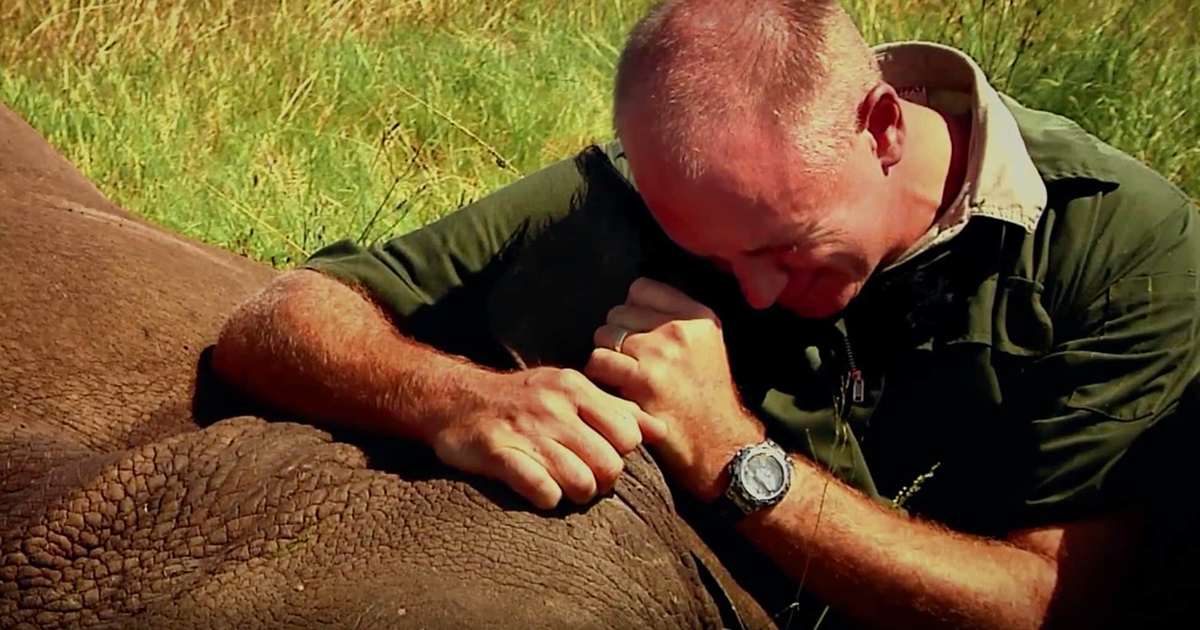 When Thandi the rhino was found, along with two other rhinos, on death’s door, she needed a miracle to pull through. But it turned out that Thandi would become the miracle the world needed.

The illegal ivory trade is a devastating affair and innocent rhinos and elephants suffer at the hands of poachers every day. The trade has resulted in the near extinction of these species but people still continue to hunt and kill them for their horns.

Veterinarians and rescuers found three rhinos at the Kariega Game Reserve in South Africa, all with their horns brutally hacked off. One rhino was dead at the scene and the other two, Thandi and Themba, were fighting for life.

Doctor William Fowlds did his best to provide the two rhinos with the medical attention they required. But while Thandi gradually got better, Themba deteriorated and died a couple of weeks later, leaving all of the reserve workers devastated.

As they attempted to recover the skin that had been cut from Thandi’s face, they noticed something else during their medical treatment; she was pregnant. Miraculously, Thandi had not lost the baby in the aftermath of the brutal attack.

With rhinos taking 16 months to carry a baby to full term, Thandi had a long way to go and in her weakened state, it was unlikely that she would be well enough to complete the pregnancy. But nearly two years after the attack, Thandi gave birth to a healthy female calf in the wildlife reserve.


The calf’s birth brought hope to a world that was looking very bleak for the rhino population and so, they fittingly named the calf Thembi which means ‘hope’. In the circumstances, Thandi’s calf should never have been born, but against all odds, she delivered a miracle.

Yesterday less than 25, 000 African rhino remained in the world. Today we add a number to that score.

Watch the video below to witness Thandi’s incredible story. If this story tugged at your heart strings as much as it did with us, help to raise awareness by sharing the story with the world.