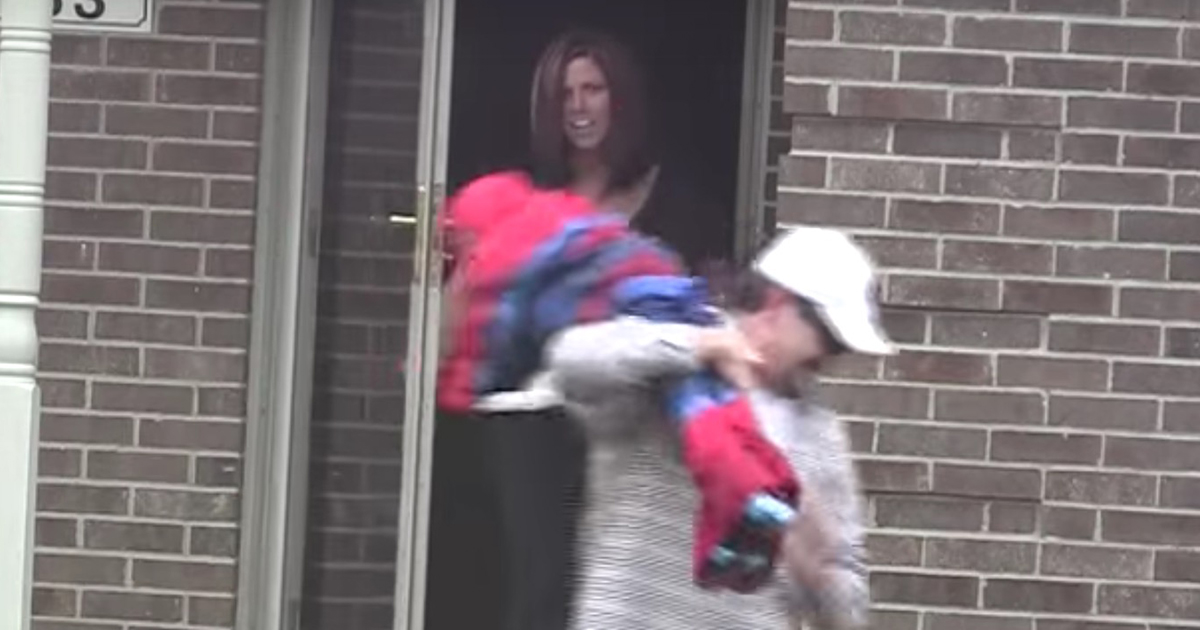 A comedian on YouTube named Tom Mabe pranked people on Halloween by going trick-or-treating with a fake kid. He dressed up a dummy in a Spider-Man costume, put a bag in its hand, and stood behind it like he was the dad.

Then as soon as people dropped candy in the bag, he picked the dummy up, threw it over his shoulder, and walked off.

He also claimed the kid was deaf when people asked him to say trick or treat. And one guy actually knew sign language.

Also, a weather girl in Ireland pulled a Halloween prank where she made it look like she got struck by lightning.

And a guy in Miami posted a video of his pet alligator dressed up for Halloween in sunglasses and a top hat.

ONLY IN FLORIDA: Miami man dresses up his 13 foot alligator for Halloween. He says it's Gwendolyn's favorite holiday bc of the treats @wsvn pic.twitter.com/016f0s5r09