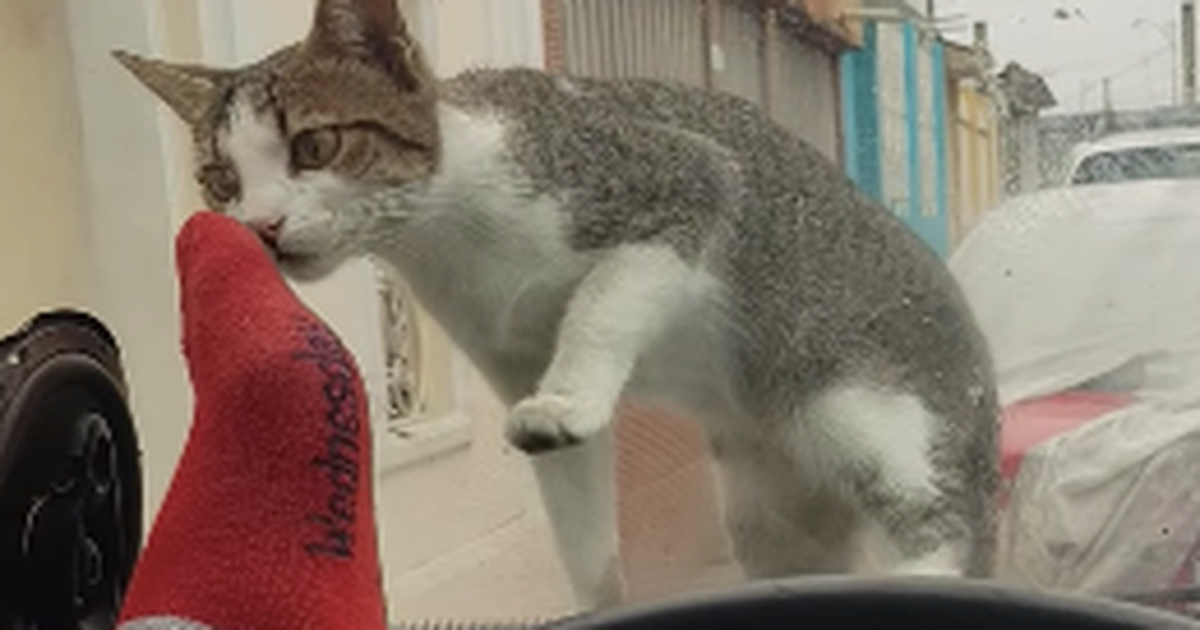 Viral Hog shared a video on Monday of a man attempting to shoo a cat off his car by kicking his windshield. Of course! Always the right way to go about something like this.

Naturally, things did not go as planned.

One kick wasn’t quite enough to get the cat to move, so he gave the windshield another forceful kick, resulting in a sizable crack.

“I was resting in the car when a cat approached the front windshield,” the man — whose identity is concealed — told Viral Hog. “I wanted to scare him with my foot but apparently, I hit the glass way too hard and the glass broke.”

Probably best to just get out of the vehicle and shoo the cat in the future. Or better yet, just let the little fuzzball hang out if you’re not in a rush to go anywhere.