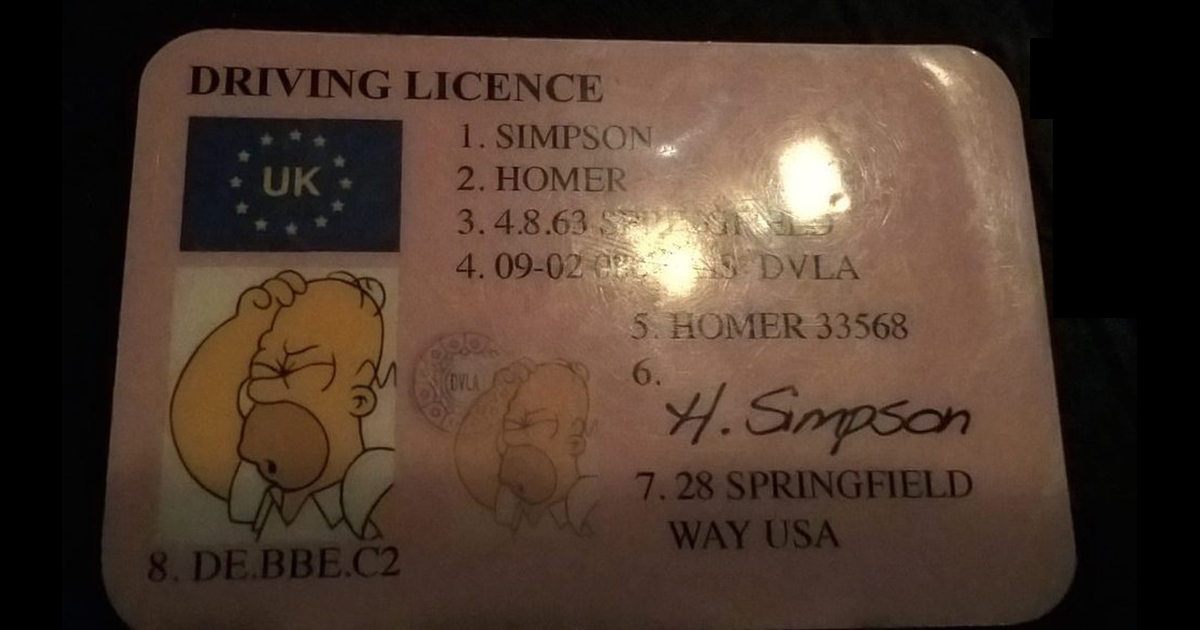 Getting pulled over by the police is the absolute worst, even if you haven’t done anything because you just get the feeling that anything could happen and you could be in some really serious trouble.

This was presented as a driving licence to us last night in @tvp_mk. Also had no insurance and therefore car seized and reported for both offences. #P6432 pic.twitter.com/JEZq0Fu4y6

I mean what was he thinking. First of all, everyone knows Homer lives at 742 Evergreen Terrace and not 28 Springfield Way, but even ignoring that glaring error, it seems pretty obvious that there’s no way that this licence would ever work in a situation where a licence was actually required. Even presenting it to a police officer is completely stupid. It’s never going to work.

Needless to say, the guy didn’t have a real licence and didn’t have insurance and the car was immediately seized and I imagine he went to jail or something too. Moron.