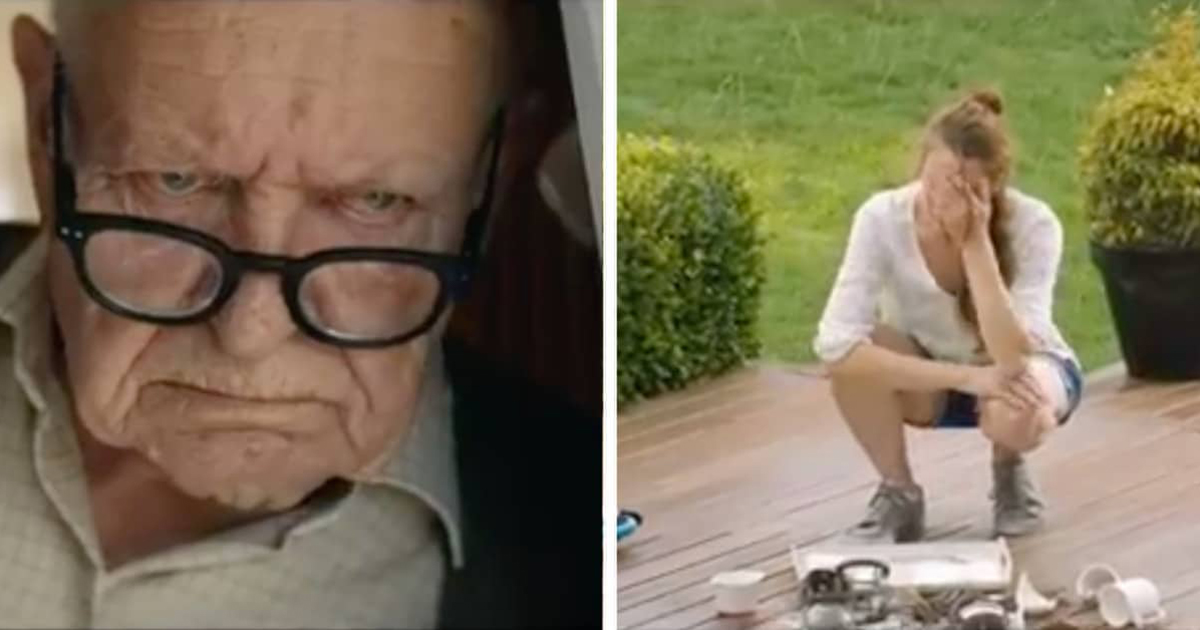 Not all neighbors are the kind who will bake pies and deliver baskets of muffins, but that doesn’t mean that they don’t help out their neighbors in their own way. Sometimes the kindest of acts happen when we don’t even realize or expect it, and that’s exactly what this Farmer’s Department Store commercial tells us.

Peering through his curtains, huffing and frowning, it’s easy to think that this elderly man is your typical grumpy neighbor. But it turns out that his gruff exterior is hiding a soft center.

Woken from his nap, he watches the streets outside bustling with commotion from moving vans, playing children and shouting parents, and doesn’t seem impressed at all. But maybe our perception is wrong. As he, one day, hears the shattering of glass, he looks outside his window to see a mom scolding her son for breaking her coffee maker.

Seeing that she is visibly upset, he sets out to cheer her up in a subtle way. Buying a brand new coffee maker from a store, he goes home and makes it appear as though he is throwing it out. He then offers the coffee maker to the mother, pretending that he would throw it out anyway. The mom has no idea what a kind deed he is doing, but her son is on to him.


After witnessing another neighbor in need as they struggle with a fussy baby in the sweltering heat, he helps by buying a new fan and making it appear that it is old and used. The little boy’s suspicions are confirmed and he decides to turn the tables on the Secret Santa.

The elderly man had thought nobody had noticed his kind acts, but there is always someone watching and taking note. The young boy returns the favor in the sweetest of ways, making for a truly heartwarming message at any time of the year.

Watch the commercial below to see the beautiful story for yourself. If you loved the video as much as we did, be sure to leave your thoughts in the comments below and share with friends.