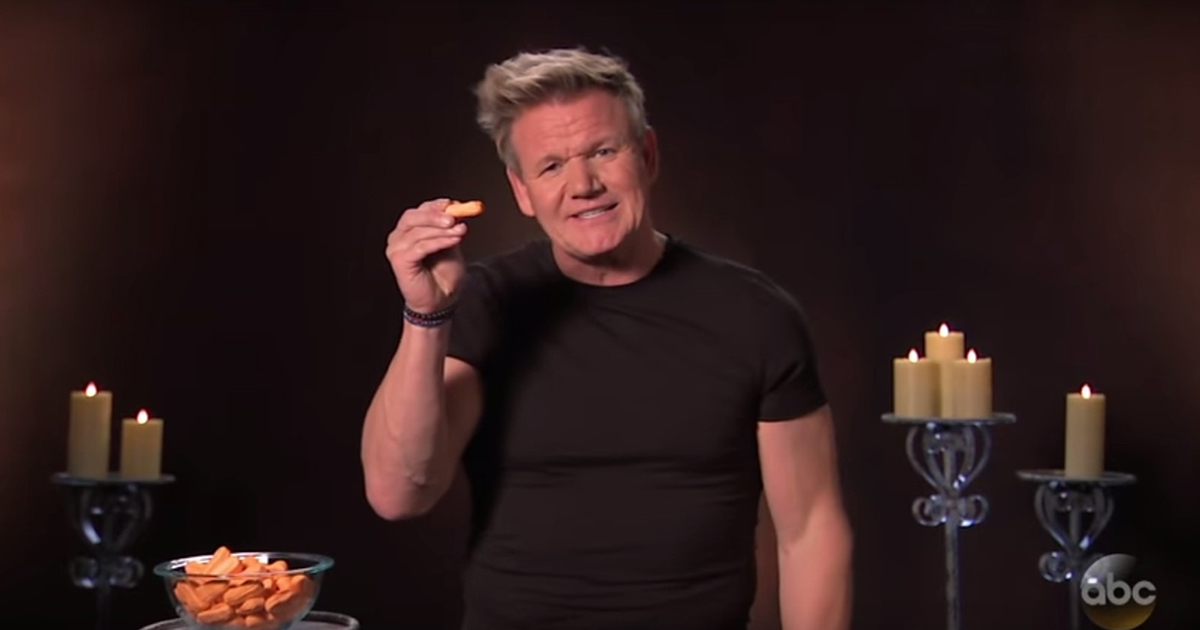 Gordon Ramsay may be British, but the shouty chef has no shortage of opinions on the great American holiday that is Halloween. Last night on Jimmy Kimmel Live, the Kitchen Nightmares star presented his picks for the worst kinds of Halloween candy, from the dusty travesties that are Smarties to those weird orange circus peanuts, which Ramsay speculates are actually “clown shit.” (Seriously, who buys those?)

And while the UK-based restaurateur certainly wasn’t raised on candy corn, he manages to perfectly sum up this terrible seasonal confection in one statement: “It’s not candy, it’s not corn, it’s earwax formed in the shape of a rotten tooth.” Well said, Gordon.

Ramsay also advises against giving out apples to trick-or-treaters, as well as pennies. Then again, considering he earned as much as Beyoncé last year, perhaps he should consider handing out five-pound notes to kids instead so they can buy their own damn Halloween candy.