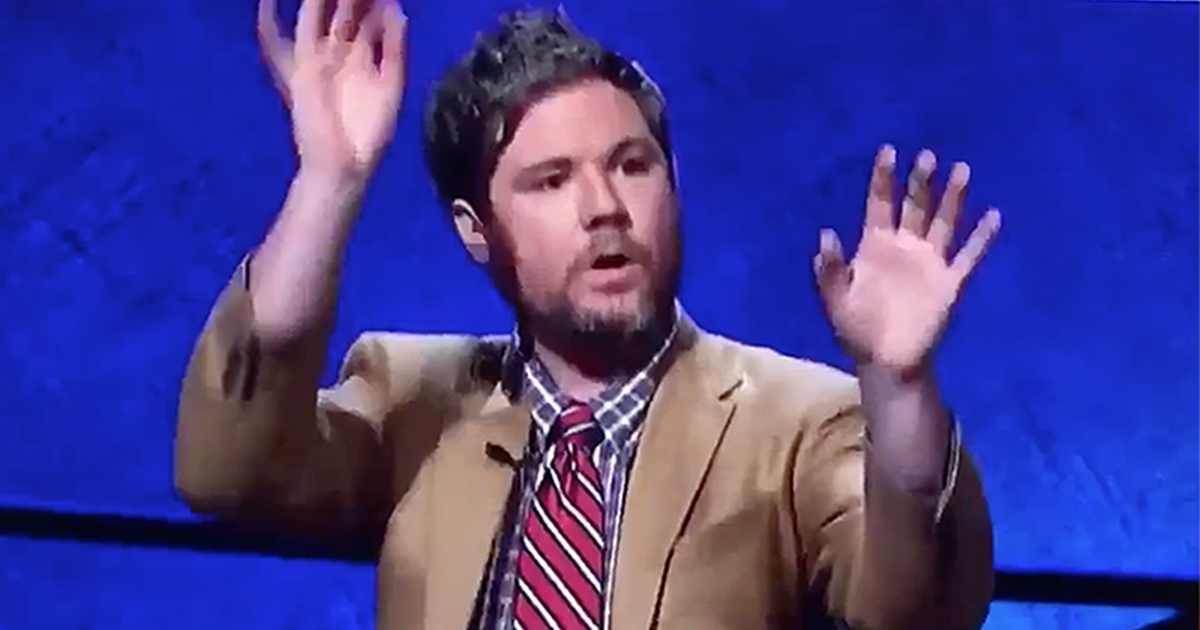 Silly genius Austin Rogers’ Jeopardy reign came to an end Thursday night, much to the chagrin of viewers who appreciated his goofy antics. However, he managed to go out with quite a bang.

During Double Jeopardy, Rogers requested the category “tree for $2000.” The answer was “a slang term for a detective.” The question was supposed to be a type of tree that could also be something else. In this case a “gum tree” because a detective is also called a “gum shoe.” Rogers hesitated, but said it anyway, “What is a dic?” He was thinking of the short term for detective, often heard in the film series “Ace Ventura.”

Host Alex Trebek replied that the answer was wrong and noted, “I know nothing about a dick tree.”

The internet went nuts, delivering a hilarious end to a spectacular term on Jeopardy for Rogers and even speculating on some conspiracy theories surrounding the loss. You can see some of the most amusing and immature tweets below:

Thanks for making #Jeopardy entertaining, Austin Rogers. You will be missed. pic.twitter.com/JJPGZ8SvOr

How tonight's @Jeopardy should have gone. #jeopardy pic.twitter.com/ZcyNTw690Y

Does anyone else feel like he lost on purpose #Jeopardy

What can we do to get Austin Rogers his own TV show? Sad #austinonjeopardy has come to an end. #jeopardy pic.twitter.com/747iVUswGd

Soooooo #jeopardy is trending🤗the perverted nerd in me is thrilled. @Jeopardy

It's gonna be hard to watch Jeopardy without Austin. Not dick-tree hard, but still #jeopardy https://t.co/SEio7UPKOu

Have you ever heard of a dick tree? via /r/funny https://t.co/K2cMXw7otN

Eric and Donnie Jr didn't fall far from the #dicktree