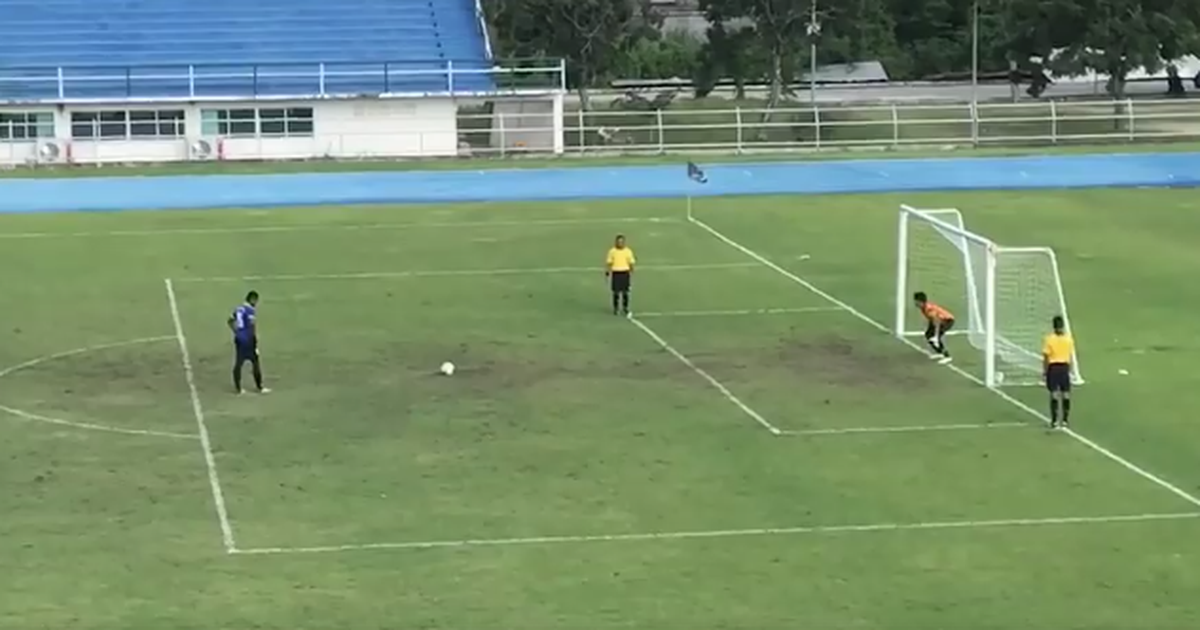 The penalty ball hits the crossbar and rockets upwards toward the sky, and the defending goalkeeper runs off in celebration.

But as the ball comes back down to earth, it bounces back into the goal as the goalie scuttles back in vain, unable to rescue it.

Just watch—it couldn’t have been a better choreographed disaster.