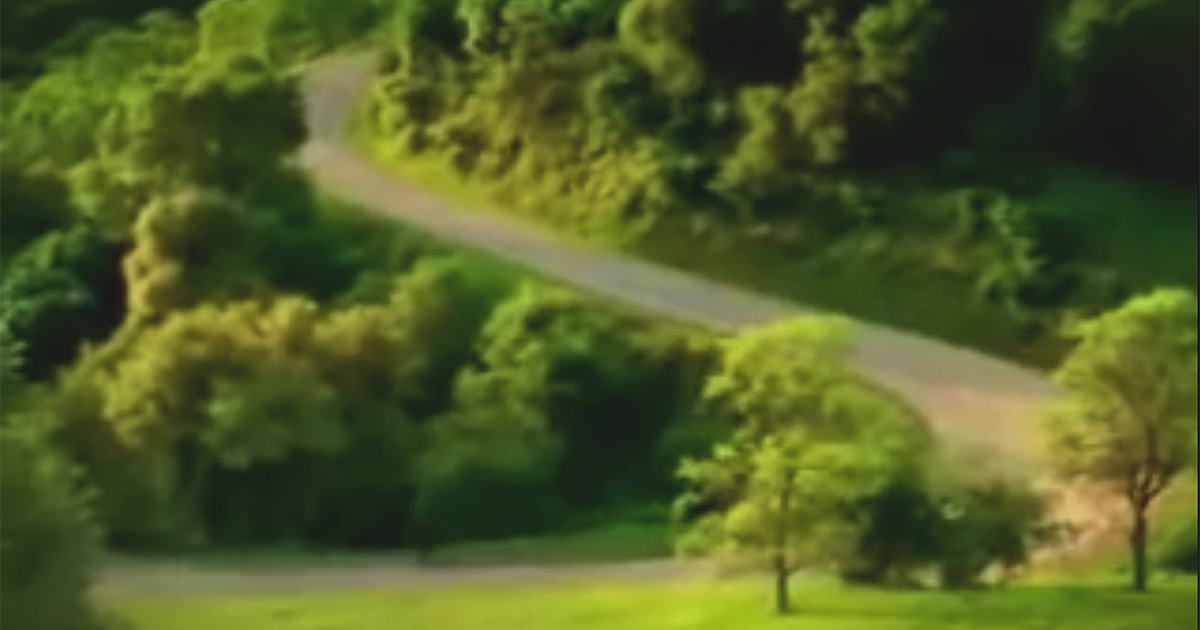 Ghosts are a controversial topic. Some people believe in them and even swear they’ve seen them personally. Others think the whole idea is silly. Scientists view the matter with skepticism: they won’t be convinced until they see some seriously good evidence.

Some years ago, a British camera crew was filming a television commercial for a car company. In the ad, a car makes its way along a winding road in a lovely, verdant stretch of countryside. Really makes you want to get behind the wheel and enjoy some scenery, doesn’t it? And of course, getting you behind the wheel was the whole point.

There’s a whole lot more to producing a commercial than just filming it. An editor has to work it over, taking great care to make sure everything is just right. They see the footage over and over and over again, always looking closely for the slightest problem. For the editor of this commercial, everything seemed pretty routine: just a car gliding through beautiful countryside. But then he noticed it. The “it” was moving along side the car. It looked like a bit of mist, but there was something, frankly, ghostly about it. Maybe it really was just mist but it sure looked spooky.

Imagine the looks on everyone’s faces when they found out that a year before, someone had been killed in an accident at the very spot where the “mist” starts appearing in the commercial. The people at the company that commissioned the ad were so freaked out, the commercial was never aired.

We’ve posted the video below. Remember, you have to pay very, very close attention. Watch very carefully. Make sure you read the intro.

Did the “ghost” in this never-aired commercial give you a shock? Let us know in the Facebook comments and make sure to share and like so your friends get spooked, too.


What did you think about this video? Watch how these school kids responded to the same video: