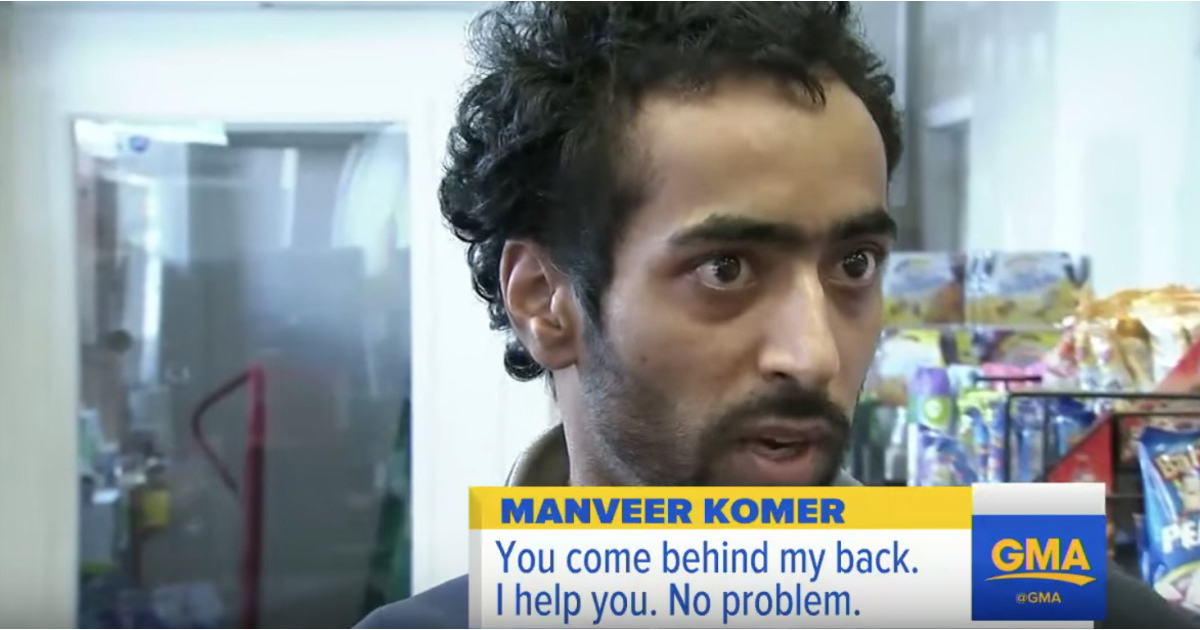 There’s a slogan that the New York City MTA has embedded into my brain for years that goes:

“If you see something, say something.”

Essentially, the slogan means that if you see something suspicious, wrong, or foul, you should speak up rather than being a bystander while things go wrong. One gas station employee decided to take this to heart when he saw a woman who looked uncomfortable in his store.

25-year-old Manveer Komer works nights at a gas station in Philadelphia. Usually, he has some pretty strange people coming in late at night. One evening, he saw a man and women walking into the gas station and realized something was off about them.

The man used the woman’s credit card to buy a pack of cigarettes, and behind him, the woman was “shaking with fear.” He realized that the woman may be in danger. After the man had purchased his cigarettes, Komer came out from behind the register and told the woman to stand behind him.

Komer realized that this woman may have been kidnapped or worse, and told the man to return her credit card to her immediately. To show he meant business, he pretended to have a weapon in his pocket. The guy inevitably fled the gas station and drove off with the woman’s car. But, her phone was still in the car and police were able to track the car, phone, and criminal down using the GPS service.


According to authorities, the woman was a doctor who was carjacked by the guy earlier that day. He had taken her around town to several gas stations trying to withdraw money from her account. The gas station was just a pitstop on his kidnapping affair.

While the woman underwent a traumatic experience, Komer’s bravery could have potentially saved her from further harm or possible death. When you see something, you should always say something.

The post A Gas Station Employee Saved A Kidnapped Woman In One Moment Of Bravery appeared first on Petty Mayo.