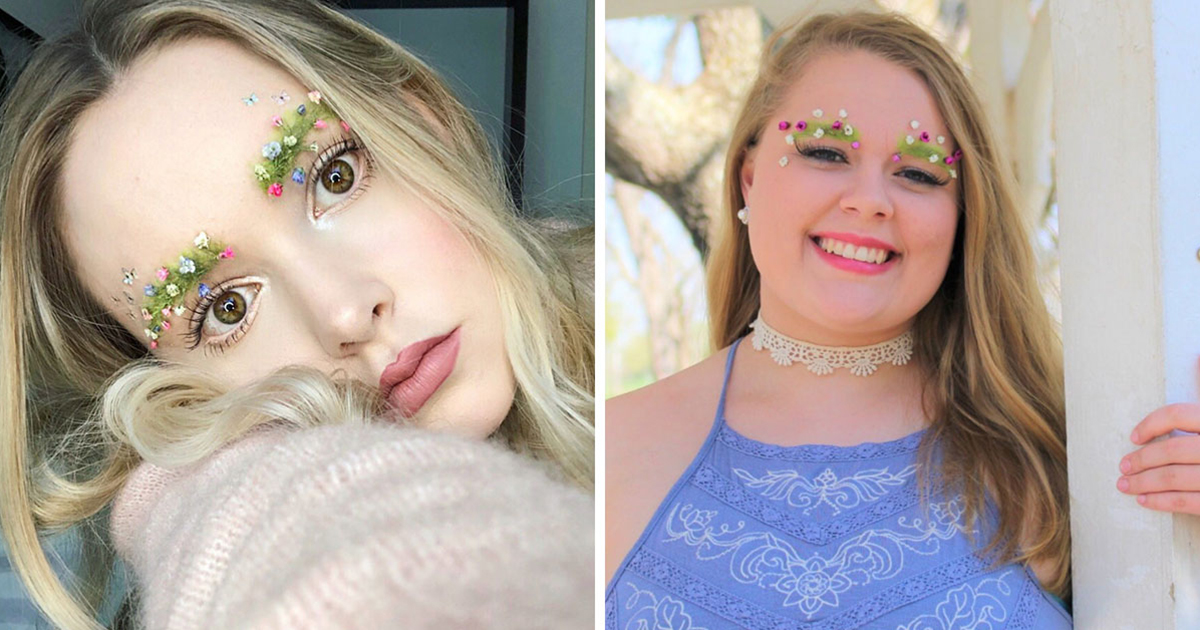 For some reason, the Internet cannot leave their damn eyebrows alone. Long gone are the days where we simply had them threaded or waxed, instead, we have to pencil them, color them in, highlight them, and turn them into weird shapes and styles.

As if I haven’t seen enough strange eyebrow styles on the web, many beauty bloggers and social media users feel the need to “decorate” their eyebrows for Spring. Sure, everyone is happy Spring is here–no more heavy jackets, no more freezing while waiting for our cab, finally we can put our pedicures to good use. But, to decorate your eyebrows for the change in season? Girl, you’re doing too much.

We’re excited for spring and all, but “garden eyebrows” might be a step too far, no? (📷 @makeup_by_darin) pic.twitter.com/0RUCkRqZIF

Regardless what I think–obviously–people online have tried the ‘Garden Brows’ trend out for themselves, which, basically means they’ve pasted on some flowers to their brows.

Looking for a fresh new look? Make Spring come early this year with #GardenEyebrows 🦋🌸
Yes or no?🤔 pic.twitter.com/WcWbxkTRSB

And, one user took it a step further.

I think I’ve had enough Internet for today.

The post ‘Garden Brows’ Are The Newest Eyebrow Trend That No One Asked For appeared first on PizzaBottle.