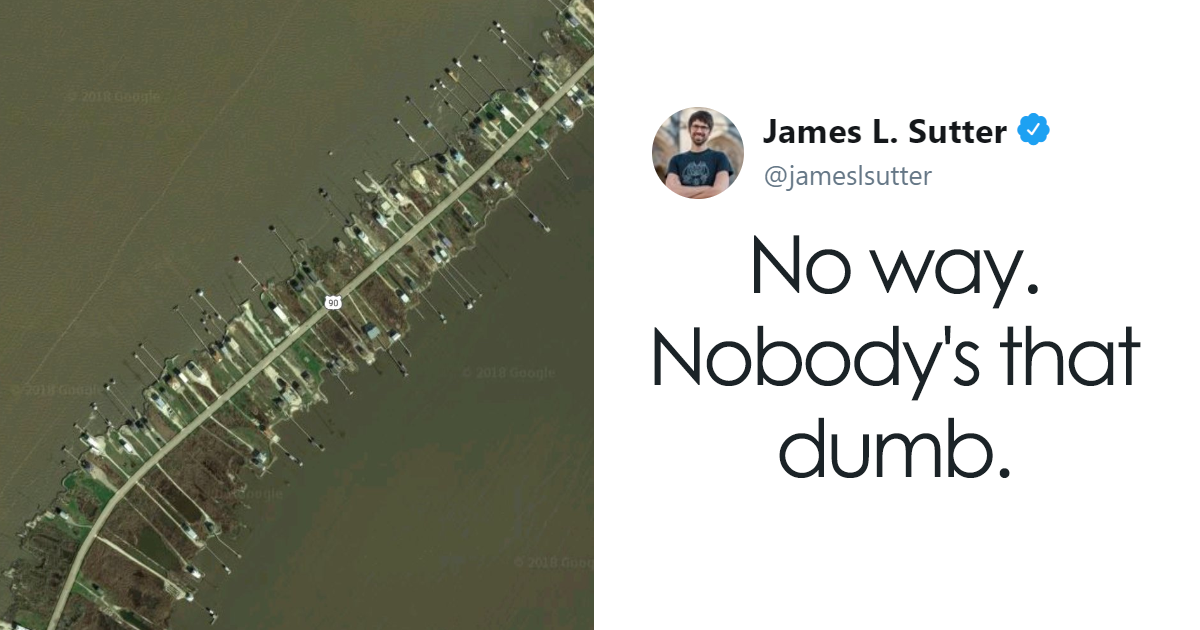 James L. Sutter is a 34-year-old game designer and author, and last week he took to Twitter to share his hilarious critique on the real map of New Orleans. Sounds weird, right? Well, Sutter, best known as the co-creator of the Pathfinder Roleplaying Game, took a look at New Orleans as if it were a fantasy map, designed and submitted by a freelancer.

Jame L. Sutter posted his ironic tweets by highlighting how surreal this map looks, and it does not only looks weird, it just mainly doesn’t make any sense! He concluded that it is a “really interesting-looking design, but in the end, it’s just not believable. Please clean up your map and resubmit when it follows the rules of a real-world city”. Scroll down to see this unique city map yourself!


James L. Sutter is a game designer and last week he took to Twitter to share his remarks on the real map of New Orleans

Sutter is best known as the co-creator of the Pathfinder Roleplaying Game, and according to him, New Orleans’ map looks like something submitted by an amateur freelancer

Being an expert in fictional map creation, the author criticized it’s many seemingly nonsensical parts

Or why is Lake Borgne called ‘lake’ when it’s actually a lagoon?

And then the placement of Lake Pontchartrain Causeway that expands for 24 miles (38km)?

Sutter elaborates on the texture of the swamps of Louisiana, pointing out that no cartographer would work on replicating it